The Customization manual does contain an example which you can use for your case. Example 3 If I remember correctly.

Re: APDL not Working. Showing me this Error!

thank you all so much for your help

In the same menu

How can I get the part id for a part that is created with a Python script?

Re: I want to buy GPU for accelerating Ansys Electronics simulation.

Last lot of editing, as the point you raise is not proven: we won't be slinging mud around here. Note, when I say LAST I mean LAST.

Re the odd behaviour, that is likely a cache feature or the like on Vanilla (forum software). Combine that with the multipost locks and SPAM filters and we often find slight variations on the same post as it disappears during the post or edit process. Re: APDL not Working. Showing me this Error!

Can you try the following:

After doing so, try to run. 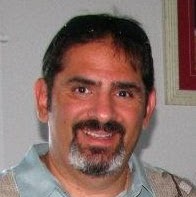 Re: Need help understanding an error in Fatigue Module

A small cyclic strain hardening exponent will produce an elastic-nearly perfectly plastic cyclic stress-stress curve. The Mechanical Fatigue Tool (FT) fits a curve to the non-linear stress-strain curve. The algorithm FT may not be able to accurately resolve the sharp knee in an elastic-nearly perfectly plastic stress-strain curve.  A poor curve fit can cause solver failure.

The nuclear industry and the NRC have made response spectrum their preferred method for analyzing earthquake loading for over 40 years. They provide very clear guidelines for its input and how to combine the modal results, but the intricacies of how to use the combined results in a particular finite element program is by necessity the responsibility of the analyst.

A major shortcoming of response spectrum in my mind is that the SRSS type mode combination produces results without sign. That makes most of the usual linear postprocessing operations invalid. Even knowing that, the implication isn't clear unless you know what results are actually on the results file and which are computed "on the fly" at the time they are requested.

Having said that, there is a special case where a force summation is correct. Starting at 13.0 an enhancement was made to sum response spectrum nodal forces accurately with FSUM accounting for the sign of the forces in the modal results. Also there is a way for a user to obtain a reliable derived stresses like SEQV. The idea is to request that the derived stresses be computed before the SRSS combination. This is done with the command SUMTYPE,PRIN. When this command is issued before the combination, the derived stresses are computed first and then operated on directly. This is slightly conservative, but importantly is an upper bound. With this option the component stresses are zeroed out and will not be available after the combination. It's a simple matter to do the combination twice though with and without SUMTYPE,PRIN. Note that SUMTYPE,PRIN is not available in the WB Mechanical Response Spectrum.

Some General recommendations for postprocessing response spectrum results are:

·        Only use FSUM to sum nodal values, not the total provided by PRRSOL

·        Only use derived quantities like S1, S2, S3, SINT, and SEQV after issuing SUMTYPE,PRIN before the combination.

Should I do a Response Spectrum Analysis? A Tech. Support point of view.

If you do tech. support long enough you will discover there are only 10 Questions. Oh, of course there are a myriad of small difficulties, irritations, limitations and complaints that customers call in about, but I'm not talking about those. I’m referring to questions which are almost philosophical in nature.  In my area of linear dynamics, one of the ten is "Should I do a Response Spectrum Analysis?"

One might be tempted to answer that if you were supposed to do a response spectrum analysis you would know. Certainly in the Nuclear Industry that is the case. The NRC or the engineer that wrote the spec. you must satisfy would make that very clear. But it’s not a customer from the Nuclear Industry that asks this question. It’s an engineer analyzing a rear view mirror that has been given a mil spec or some shaker table results or wants to do an impact test.  A “spectrum” plot of ground displacement/velocity/acceleration vs frequency looks exactly like a response spectrum. The difference is that a response spectrum is the solution to a certain ground motion (e.g., a strong earthquake), not the excitation itself. If you have a graph of ground acceleration vs. frequency you should do a harmonic sweep instead. If you have a graph of motion vs. time you should do a transient. In general, if you aren’t given a response spectrum, that is, an envelope of peak response vs. modal frequency you should be using another method. However, it is possible to create your own response spectrum from ground motion vs. time. I’ll talk about that option in Part II.

A response spectrum is created by performing a transient analysis of a certain ground motion time-history on a set of 1 degree of freedom oscillators of varying frequency. The peak response of each oscillator over the duration of the transient becomes a point on the response spectrum graph vs. the frequency or period of the oscillator that produced it. Usually the peak responses are enveloped by a set of straight lines.  The peak responses can be in the form of displacement, velocity or acceleration.   Sometime all three are plotted simultaneously on a single tripartite graph vs. period instead of frequency and using log-log scales with the apparent purpose of discouraging the uninitiated from attempting to use the method.

The graph has the same information in the three different forms since for a given frequency, displacement, velocity and acceleration differ by the ratio omega and omega^2.

It’s not always explicitly indicated on the response spectrum graph that it was obtained assuming a certain amount of damping.  As a result, it is not uncommon for users to specify damping in conjunction with a spectrum analysis and expect that it will diminish the response to the response spectrum. It doesn’t, damping is already “in there.”  Damping input is used, however, to interpolate between multiple spectrums of different damping values [SV,damping ratio].  When damping has been specified as a material property the interpolation is done on mode by mode based on the amount of strain energy per material a mode has. Damping is also used by some of the combination methods to combine closely spaced modes.

What makes a response spectrum so useful is that the peak response of a single mode of a multi-dof model to a transient excitation can be computed from the peak response of a single dof oscillator of the same frequency. I’ve never lost a sense of wonder at this beautiful property of structural modes and it still interests me to think about questions like - At what location in my mode shape will I find this peak response? Because of this property of modes, every supplier of equipment or structure on a job site can perform a dynamic evaluation by a simple mode combination all using the same response spectrum, whether they are analyzing a fire hydrant or a “sky scraper.”

dlooman
5 ·
Next
Hey! You will be signed out in 60 seconds due to inactivity. Click here to continue using the site.