I am doing non-linear static simulation of a frame in ansys workbench. Since the frame is of uniform thickness i created mid surfaces and the screws are replaced with line elements to reduce the model run time. 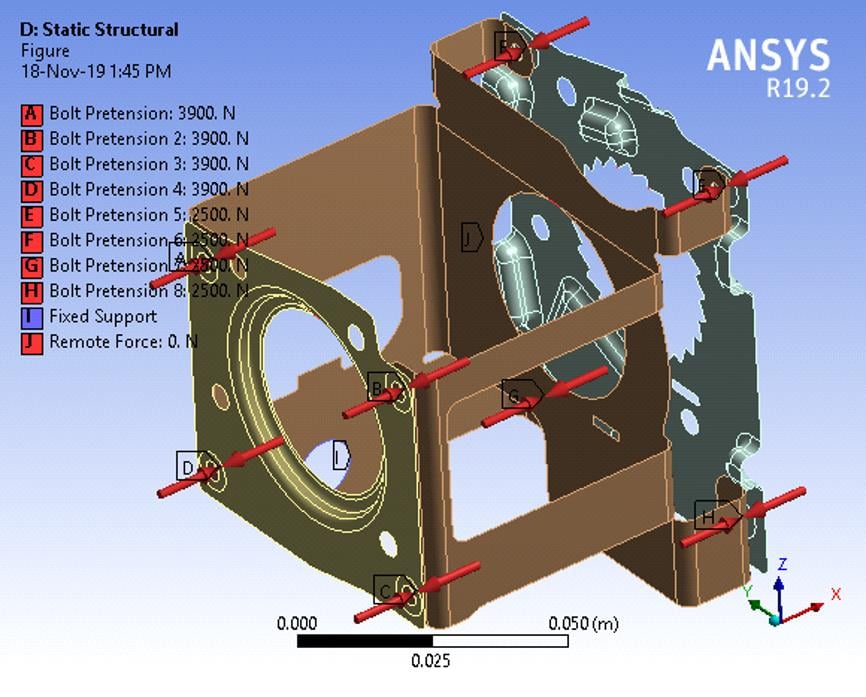 Line elements are connected to the edges of holes in the frame using bonded contacts. Between the two frame surfaces frictional contact was defined. 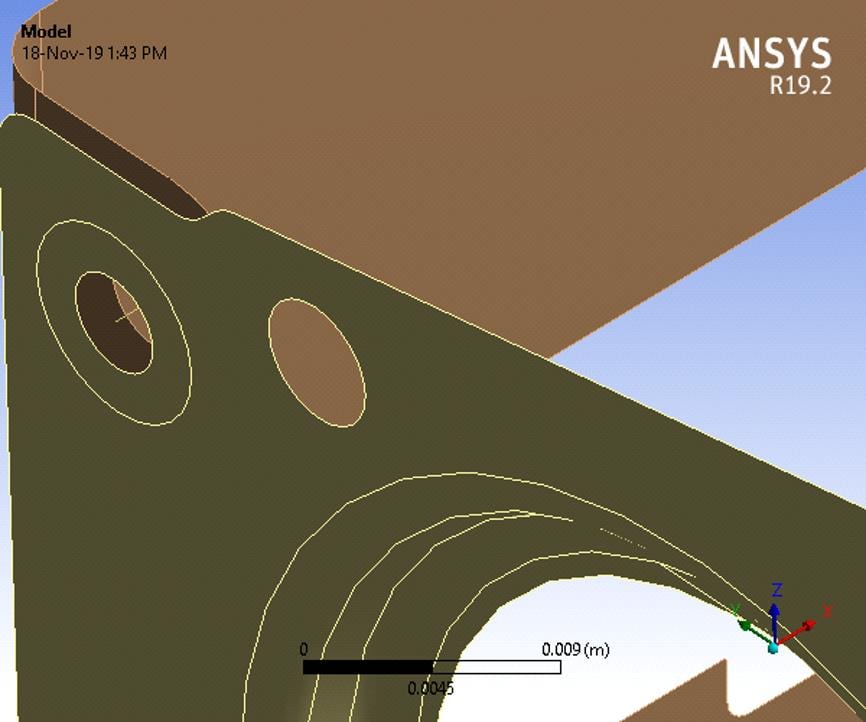 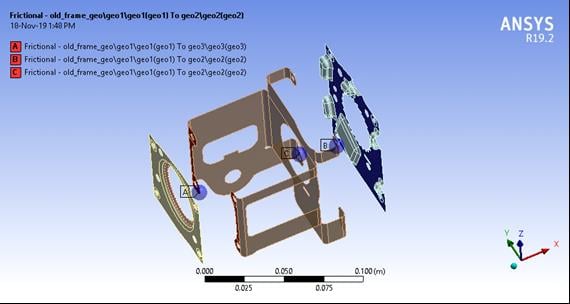 Here i have 2 load steps: first with screw pre-tension and second with a remote force of 15KN.

Boundary conditions are:  The hole in the frame was fixed and a remote force of 15KN was applied on the  edges shown. 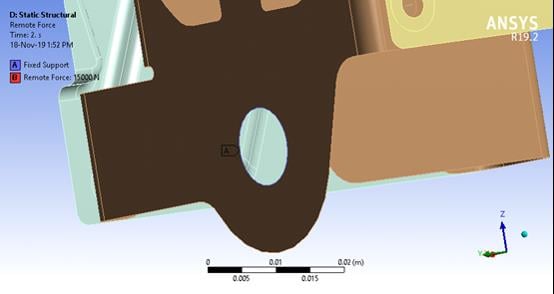 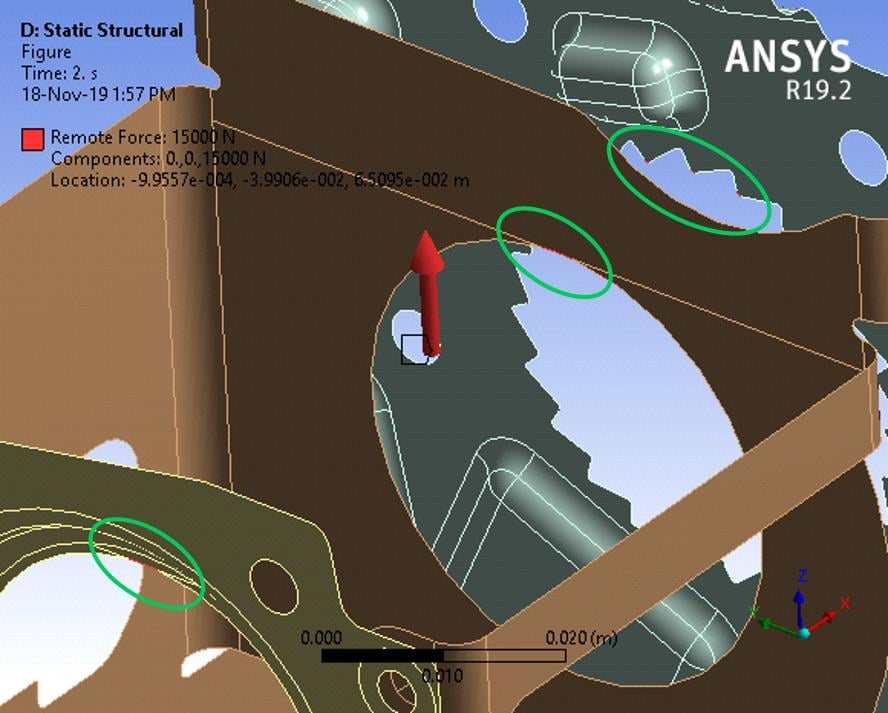 During the pre-tension load step i encountered the following error. 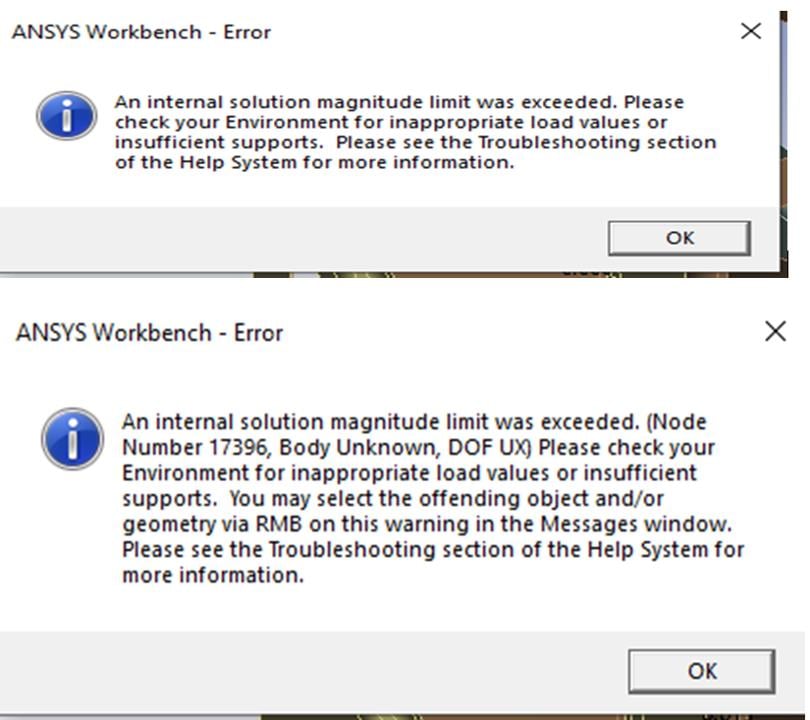 I know that the reason for such errors are ill constrained model. But as per my knowledge the model is quite well constrained. On internet i found that if we constrain rotational degrees of freedom in z-direction for beams this error would go away. I did it but no luck.

I agree that such a high force of 15KN applied over a small surface is not acceptable, but atleast it should not show any error for pre-tension loads.

Thank you so much for your help.