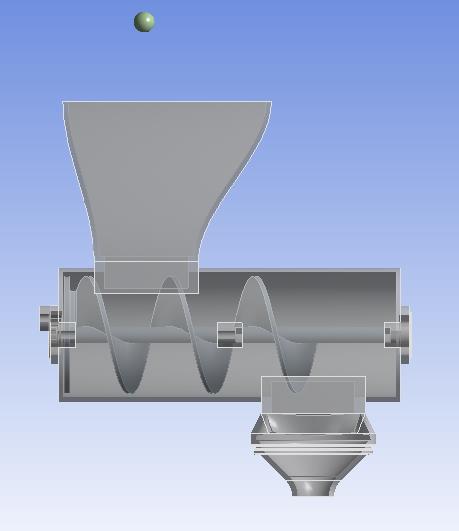 To my mind, this should be sufficient to run a simulation of the ball falling into the hopper, being pushed along by the screw, and falling through the funnel at the end.  However, when the ball is in contact with both the other bodies simultaneously, the simulation fails.

I've tried a tonne of combinations of the following, with no luck:

With any of those setups if I disable either of the contacts, it runs fine (either the ball falls off the screw into endless space, or the ball rolls around inside the body for a while).

Any suggestions for anything else I could try?