prabhukumar Member
May 15 in Platform 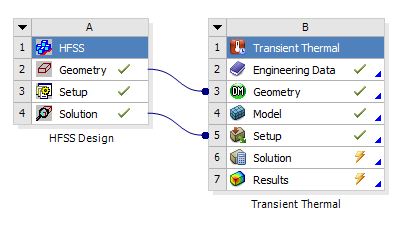 I would like to automate the process by writing the scripts. I am using academic license (Workbench 17.1). I recorded the workbench journal and have the following questions: (while running the recorded journal using command prompt)

1) The first simulation HFSS works fine but it is taking lot of time. It is taking 75 min to complete the first part. (It is a simple simulation and it takes very less time doing manually) For example it takes 3 min for creating second box in the geometry after creating the first one. I am unable to understand why it is taking so much time. Since I need a coupled simulation, I am recording the script using workbench. Else by writing a script in HFSS, it takes just 2 min for doing the simulation. Any help on this would be appreciated. Is there an option to call the HFSS script in workbench journal?

2) The second simulation was not done properly by running the workbench journal using the command prompt. I was reading and realized that work bench scripting and application level scripting (like design modeler. mechanical) are different. Apparently latter ones uses J script.
I actually need to import the geometry from the first simulation (which opens using design modeler while doing manually) and solve (by importing volumetric heat generation from Hfss) in Mechanical.  I need help (on where to start) on writing scripts for the second simulation and how to incorporate in the workbench script. I have no clue. Or is there another (simpler) way of handling this.

Thank you very much.