Now the problem is why the Nu sometimes increases when I use longer tube (10 revolutions other than 4 revolutions). I have tried K-epsilon, k-omega, LES and laminar models.

Another problem is that I found that when periodic BC was used, the fluid temperature would converge to the wall temperature no matter how large the difference betweeen the upstream temperature and wall temperature I set. Then both the heat flux along the wall and LMTD are very small, under this condition, how to calculate the Nu? 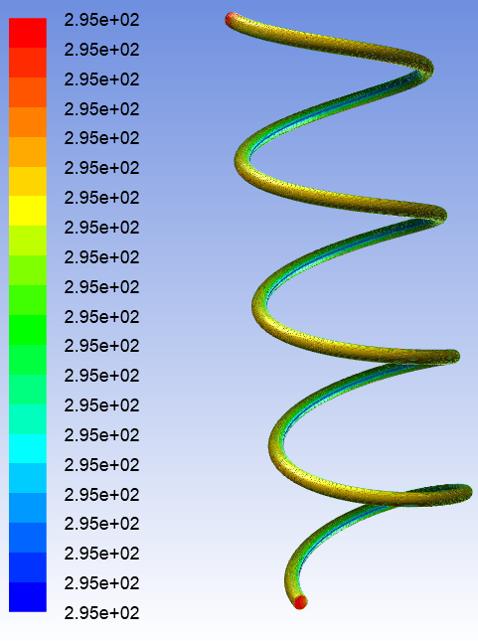 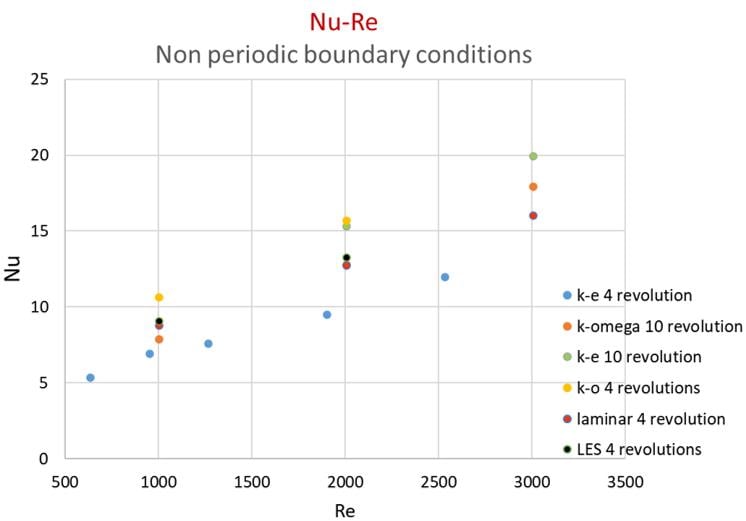