Why Ansys can't create negative curve force or pressure-displacement ? is there a way to do this?

I have a buckling analysis about cylinder. I analyzed it using stabilization setting. But my result isn't what I want. Theoretically , Cylinder behavior curve should be negative slope(figure-1). But in My result ,curve is positive slope(figure-2) . Critical Buckling Load can be true,but ı think behavior is failed. 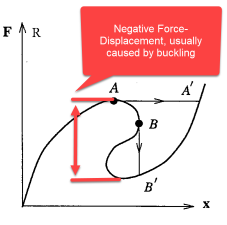 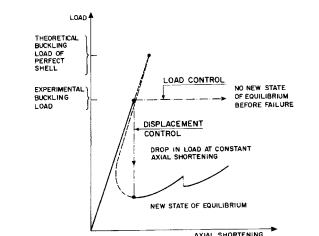 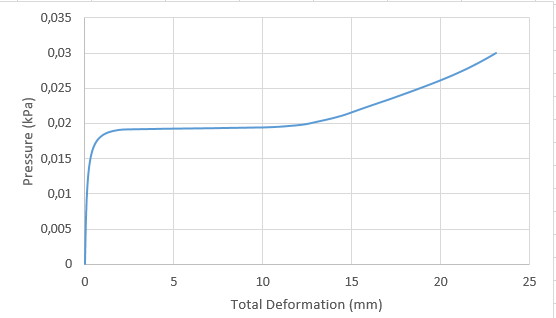 I will be glad if you give an idea!