for the past few months I've been working on non linear rotor analysis. Rotor consists of polymer and metal parts. Polymer part is on the outskirt. Electrometal plate is on the inside, while magnet is inserted in electrometal plate.

Whole rotor is then spinning with 6200 RPM (ideally I want to make this number 25 000 RPM) at the temperature of 160°C. Due to spinning and "centrifugal" force, magnets are then pushed away from the center of rotation and thus pressing on the polymer part. For that I've assign a static structural analysis with 2 step analysis.

In the first step I heat up the whole rotor from room temperature to 160°C. After that I assigned rotational velocity for whole rotor, while keeping the temperature at 160°C from first load step.

My points of interests are radial displacements on polymer part (due to spinning + pressure of the magnets) and of course stresses (von Mises).

I managed to get simulation working. While radial displacements seem reasonable, the stresses are far from it and are way higher than one should expect ranking at ~6 000 MPa on electrometal plate and ~1 000 MPa on polymer part in contact region. I believe it is some sort of "singularity of contacts". I tried to run simulation without load step 1, so without heating the rotor up and the stresses were much lower ranking at ~5MPa on electrometal plate.

I believe I am doing something wrong. So far I've tried alot of things:

None of the above things worked as I hoped. Either high stresses remained or solver couldn't converge.

I did notice that high stresses occur between the electrometal plate and polymer part - mostly on the edge of these two. I believe the problem is in either contact stiffness or penetration, but sadly I don't know how to solve these two in a way I want. Most of the things I tried I found here, on Ansys forum. During the analysis I also received "Contact status has experienced an abrupt change". Solver output also keeps giving warnings about too much penetration.

When looking at the Force convergence plot I usually note that Force convergence line sometimes appears to be below Force criterion for several substeps in a row, yet I don't see the green line marking that Substep converged.

I am also adding the analysis file for anyone willing to take a look and suggest what actions should I take.

Here is the full model, electrometal plate being gray, polymer part being green. Between the two is the magnet on next image being blue. 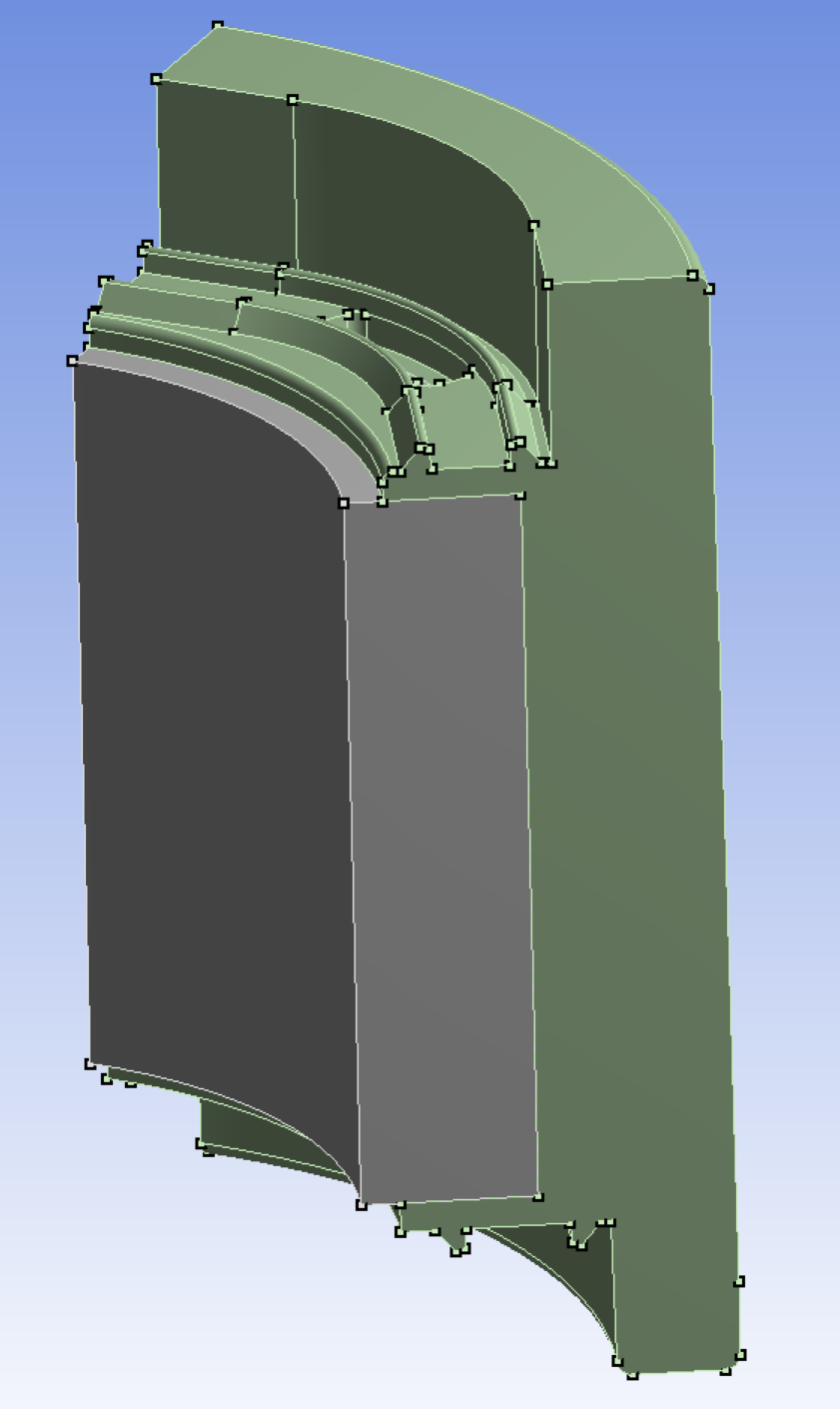 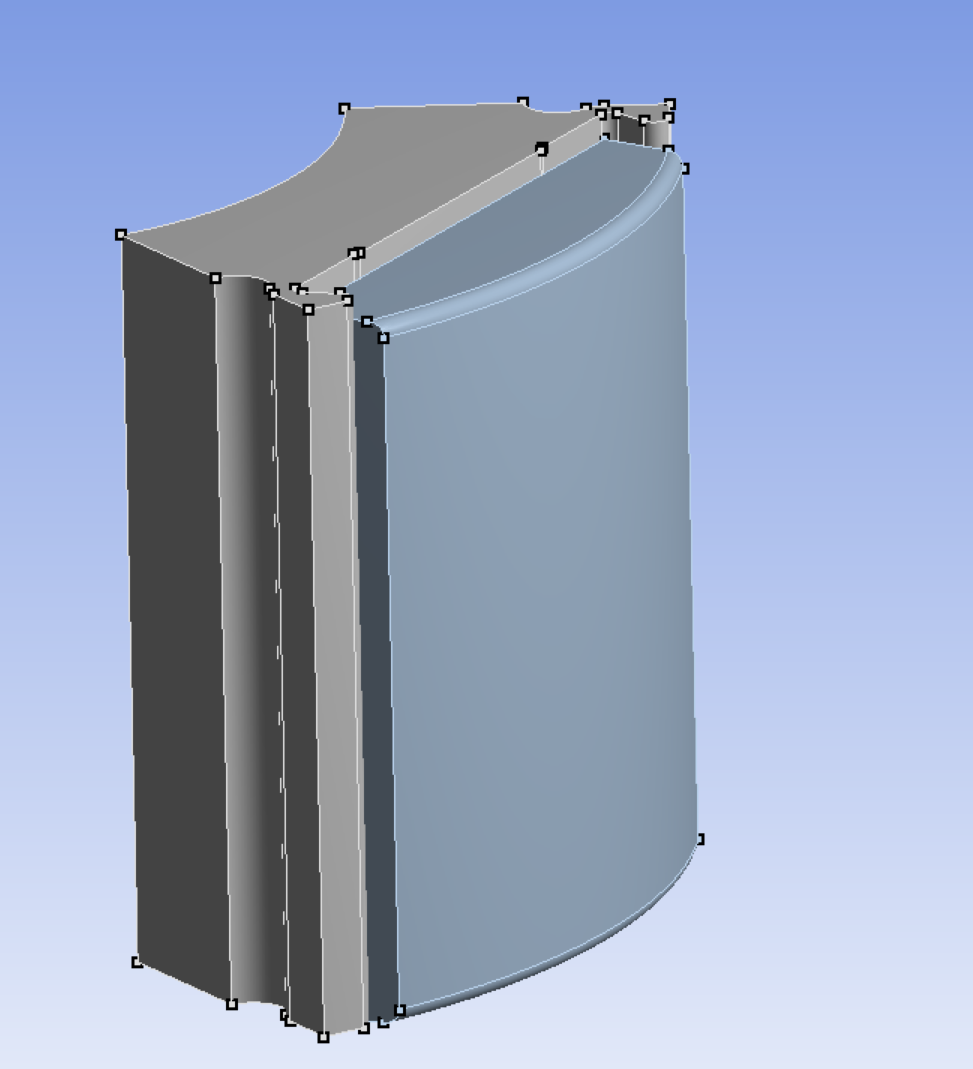 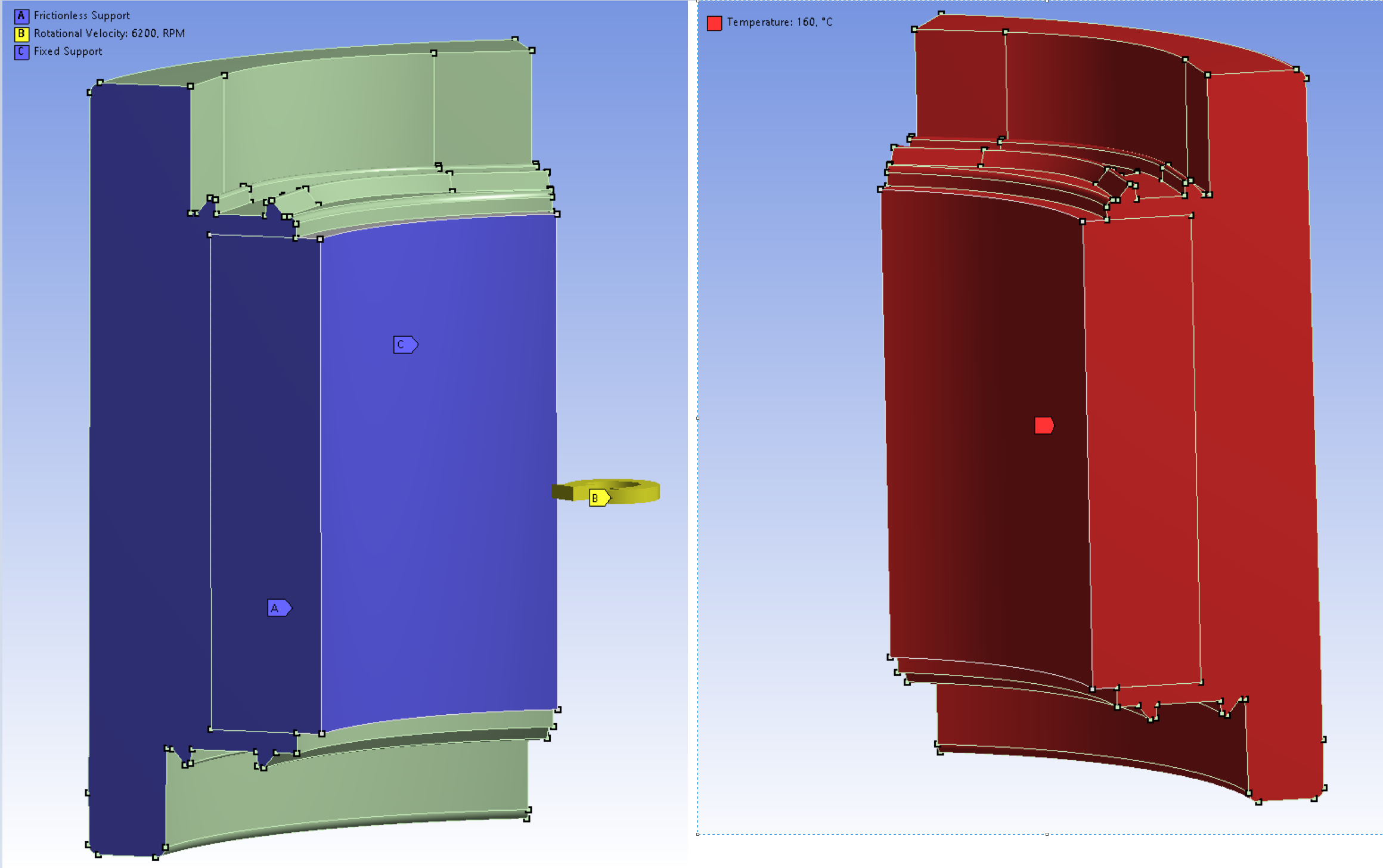 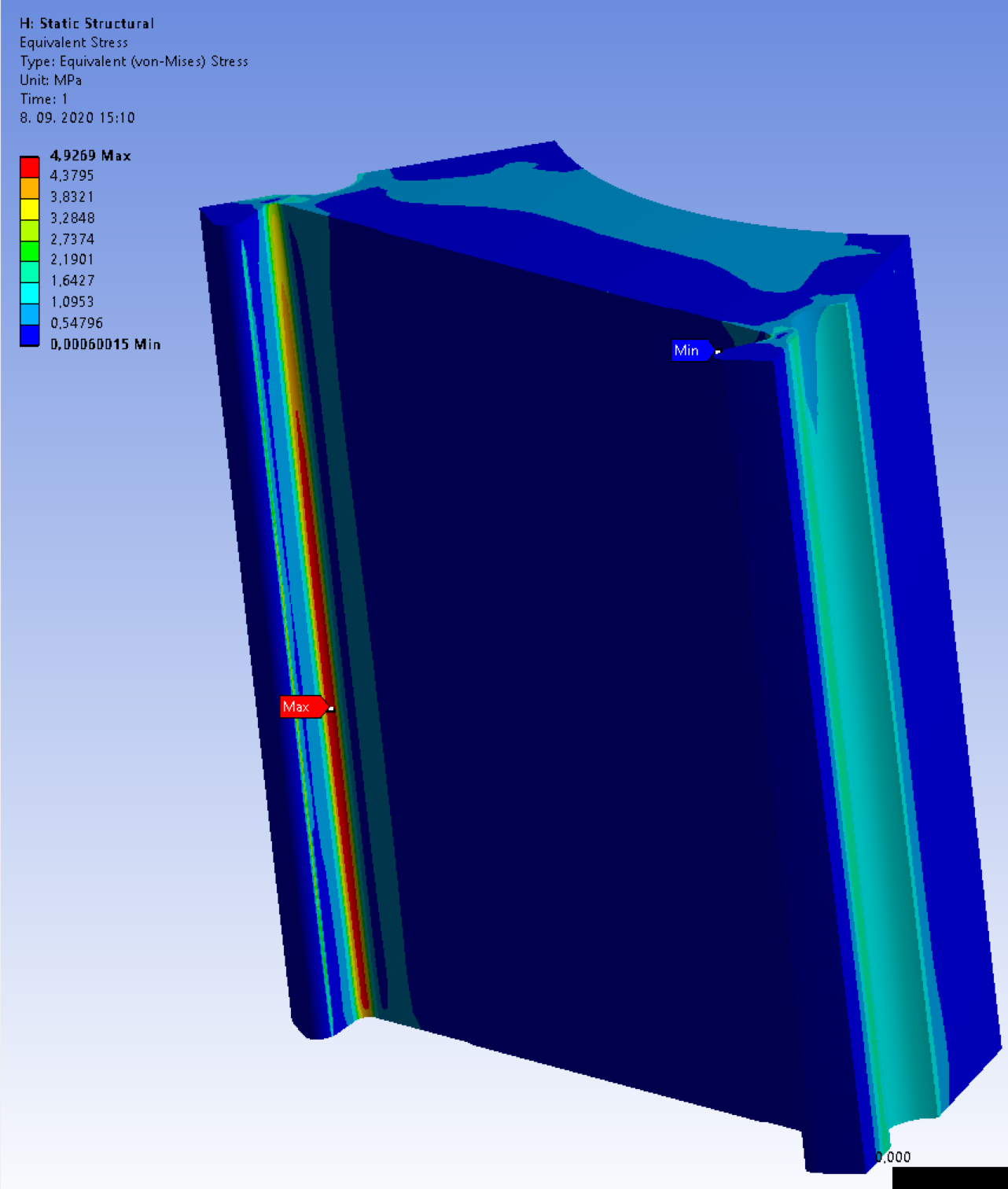 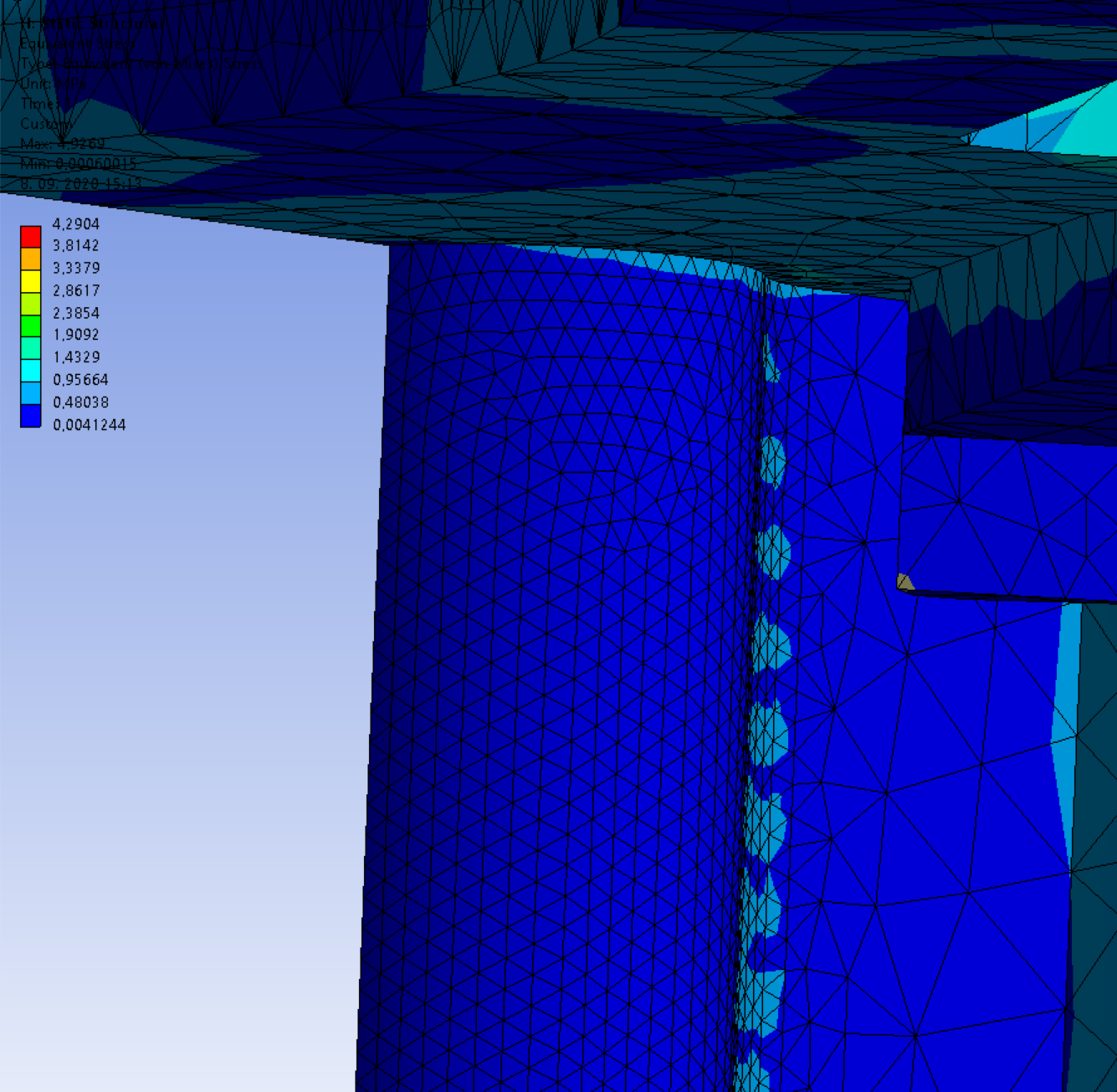 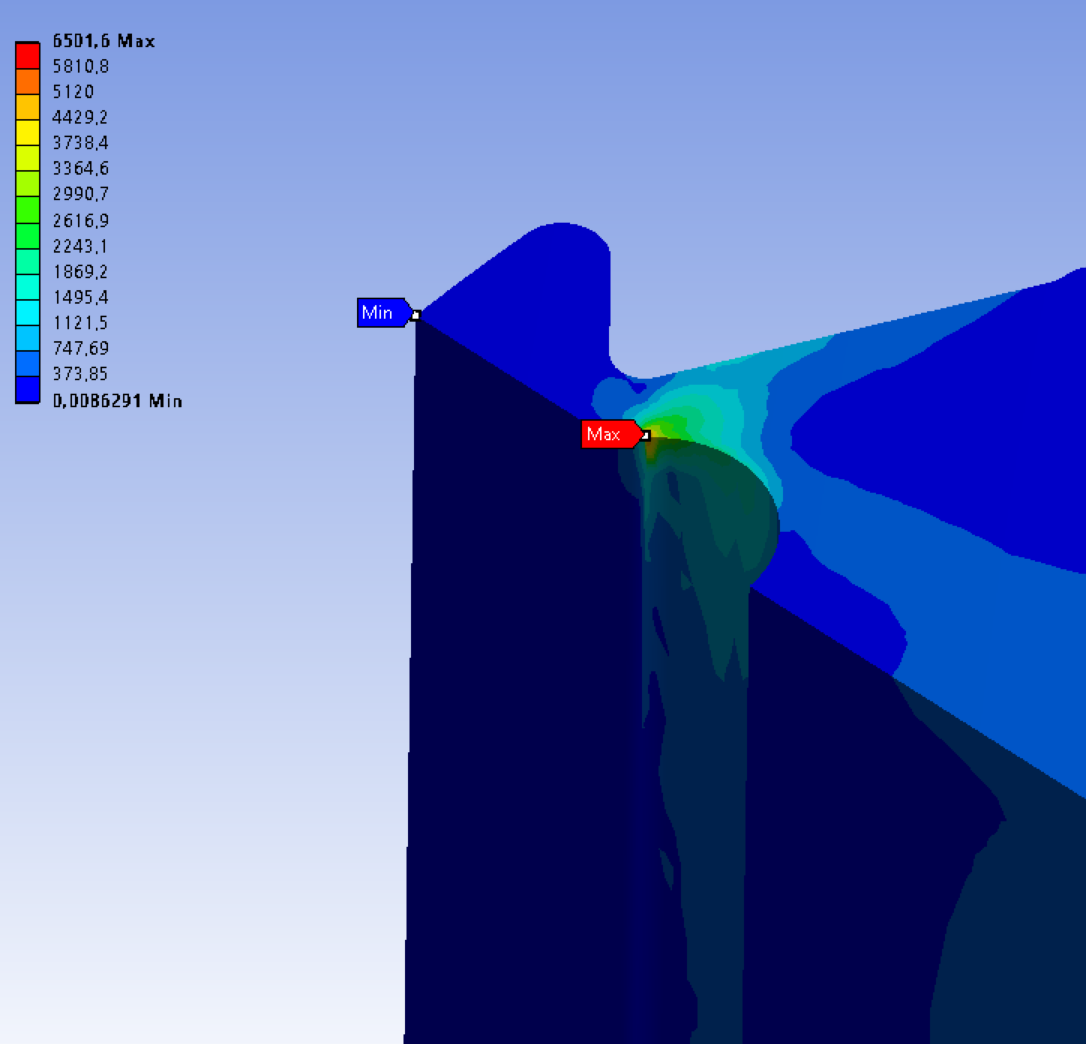 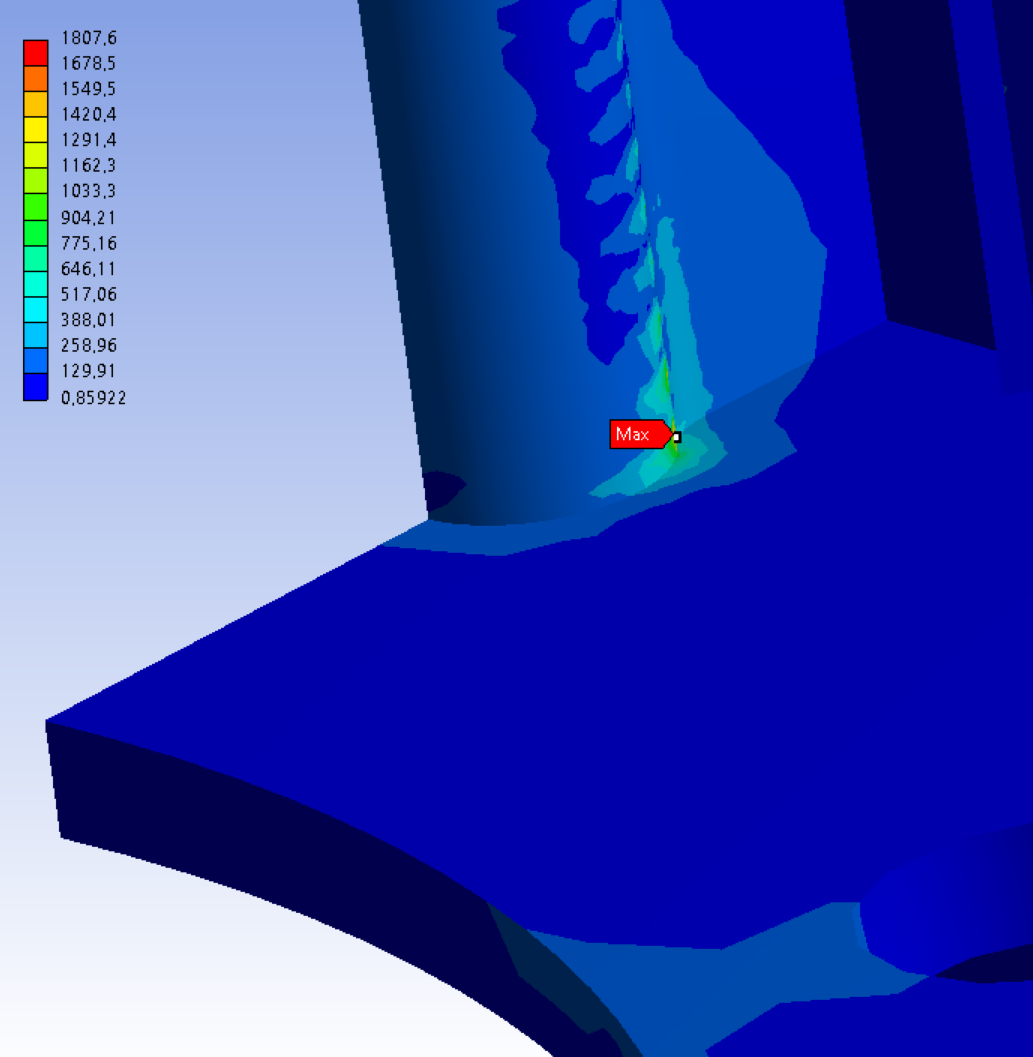 And lastly the N-R residuals plot. 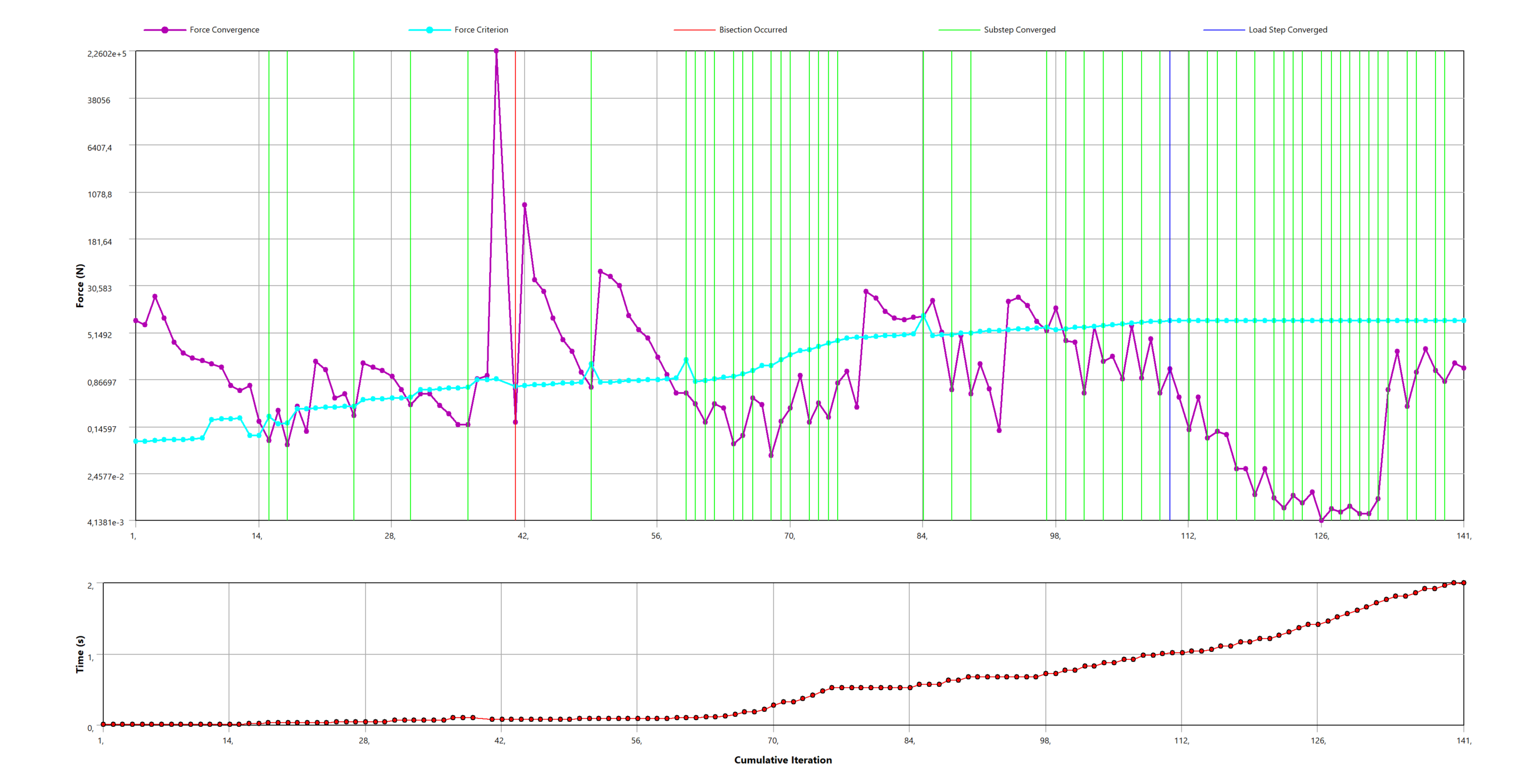 I would deeply appreciate any kind of help on this matter. Also when this is going to be resolved, next step is to add Creep for polymer (viscoelastic behavior) which I am afraid is going to cause even more problems and convergence issues. Thank you in advance.