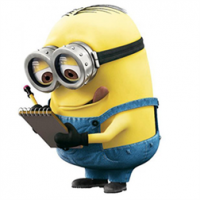 I have a fluid model in Fluent and a mechanical model in Transient Structural which are linked through System Coupling. My problem is about the quantity which is transferred from the mechanical model to the Fluent. System Coupling accepts only the “Displacement” from the Transient Structural, not “Location” or “deformation”. Here I explain why that is an issue for my model.

In the Fluent, I am using Overset Mesh for movement of two solid objects which are surrounded by fluid. Each of the objects is defined in its own Overset component, and both meshes are appended to a stationary background mesh. I tend to use Mesh Motion for the movement of each component because in that case, the object and its mesh are moved together and it will not be needed to modify the mesh by dynamic Remeshing. However, one of the objects is flexible and deforms in contact with the other object (which is rigid), and it is needed to modify its surfaces in Structural before Fluent uses it in the fluid model. The model in the Structural contains one flexible and one rigid objects. Note that as the rigid object is not deformed, we need to transfer only the surfaces of the flexible one.

Anyway, if we use Mesh Motion in Fluent, this is what will happen at each time step: Fluent moves the two component meshes so the objects move as rigid bodies. Structural moves the two objects, modifies the surfaces of the flexible one and sends “displacement (incremental displacement)” of the flexible object to the System Coupling. System Coupling sends the displacement to the Fluent. So, in Fluent, the rigid object moves correctly by mesh motion, but the flexible object moves twice: once it moves (with a deformation) because of Structural model and moves another time as a rigid body by mesh motion.

Is there any way to transfer either Location or Deformation from Structural to Fluent?