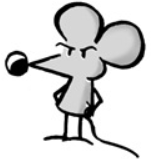 Is it a good idea simulating cross-overlapped striplines with teflon spacer sheet at MHz frequencies using not volumetric sheet and strip objects, but simple flat polygons with layered impedance applied?

At GHz band I would insist on simulating 0.3mm teflon sheet as 3D meshed object, but not sure it is productive at MHz.

I am worried about parasitic cross-capacitance between the striplines mentioned above. But since at MHz the averall surface is huge, meshing just that layer with 0.3/2mm tetraedra would slow down simulation seriously.