I was running an Explicit Dynamics simulation of a cell phone drop test (as part of Ansys Innovation Course called Strain in Deformation Analysis). In the simulation mass scaling was used and after getting the results I started wondering how much did the mass scaling affect to the mass of the cell phone.

I got the following results as shown in the figures: 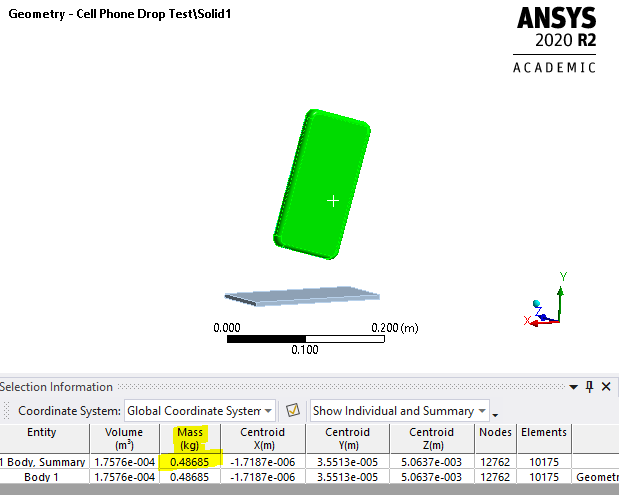 After this I scoped MASSALL result to the phone body and got this result: 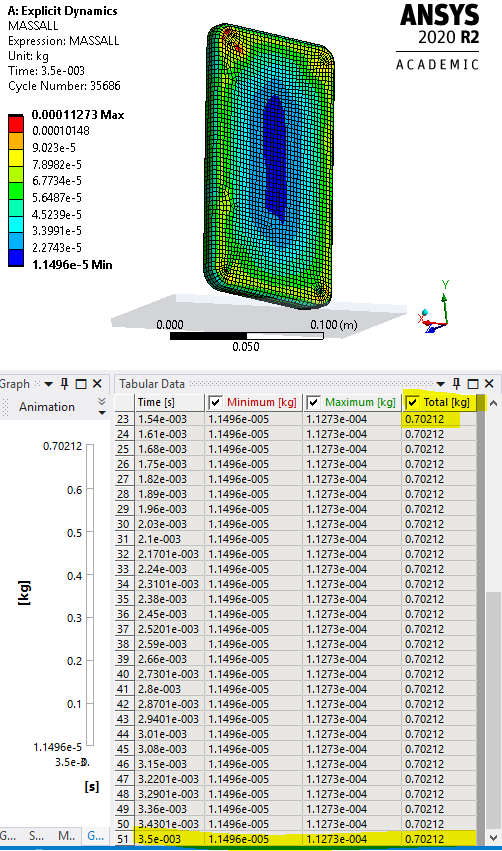 However, after this I ran the same simulation with mass scaling turned off and got this result: 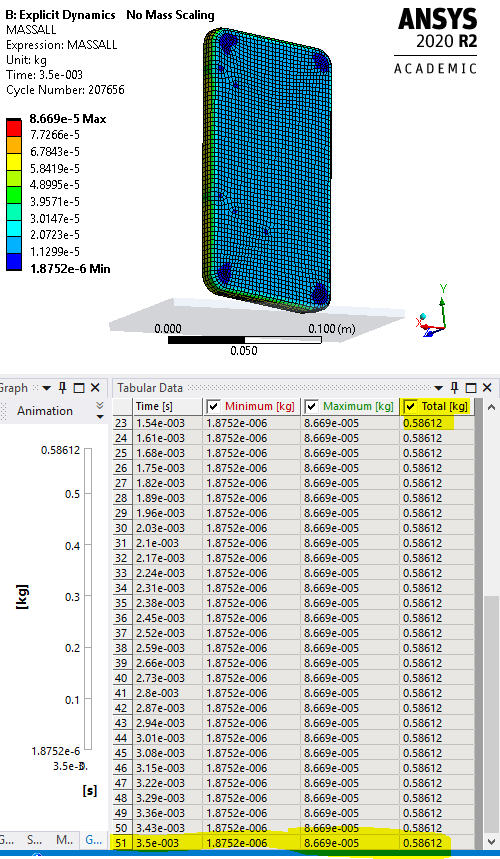