I am simulating a Taylor impact for AA6061-T6 plugs using Eulerian, Lagrangian and ALE models. I have noticed inconsistent findings for the thermal contours between the Eulerian (ELFORM=12) predictions and the Lagrangian (ELFORM=1) and Eulerian (ELFORM=5) predictions. The former exhibits peak temperatures at the periphery of the mushroom while the latter predict peak temperatures of similar magnitude towards the center of the specimen at the impact surface. Additionally, we noted that the von Mises stresses are moderately comparable between modeling approaches and the plastic strains/deformed profiles are near-identical.

I have attempted to change the thermal solver from nonlinear to linear and implemented various thermal solvers other than the default but none of these combinations had a significant impact on the findings. Modifying the thermal timestep and inputs in the *CONTROL_ALE command also had no impact on the results. A brief presentation is attached to this post, which illustrates the above points, along with the current input deck for our Eulerian simulation. The analyses are performed using a double precision, SMP version of R10.1. Based on our current attempts I am unsure of there is an issue/shortcoming with our modeling approach or if this is potentially associated with the solver. Any suggestions or insights would be greatly appreciated. 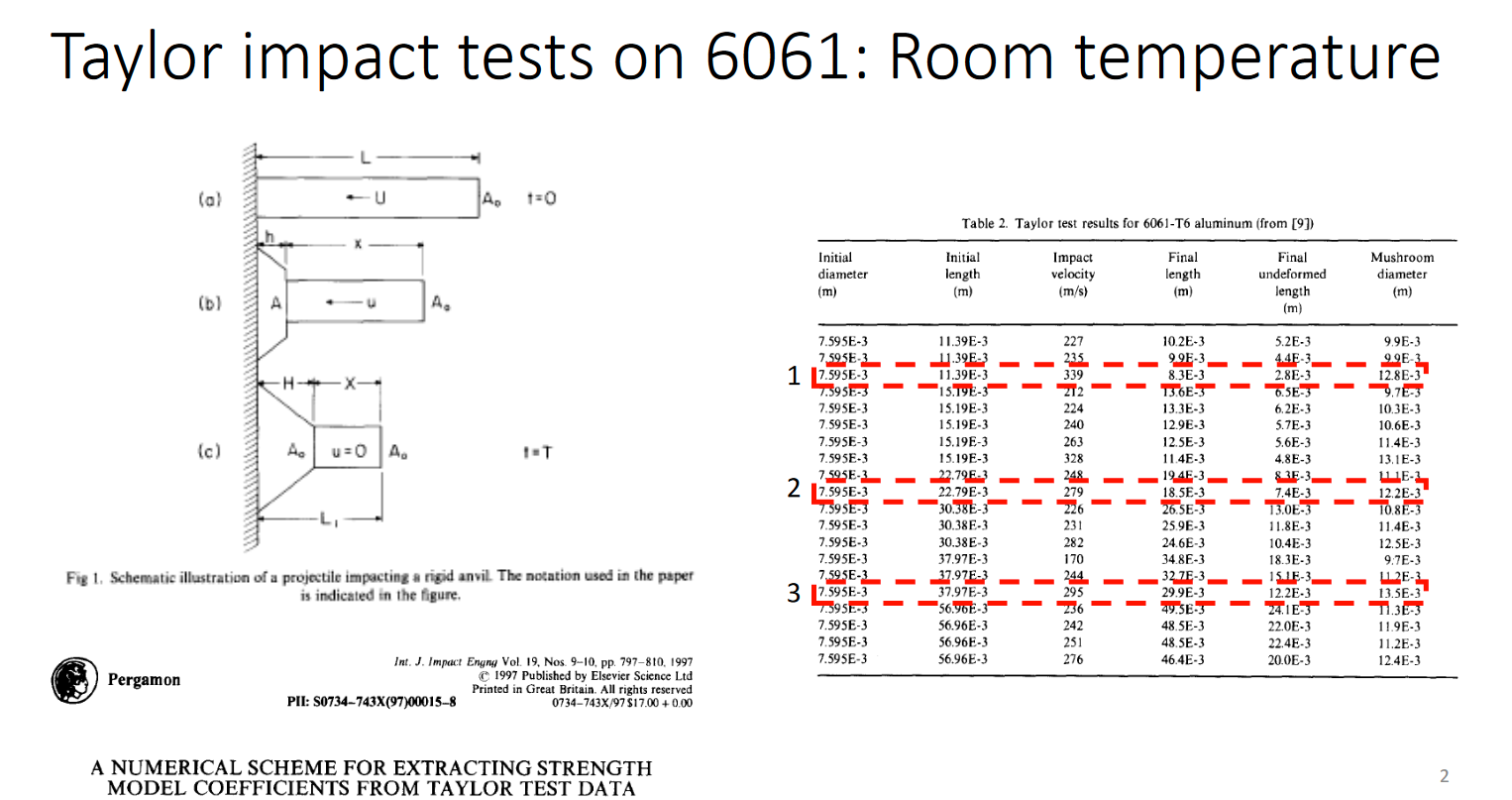 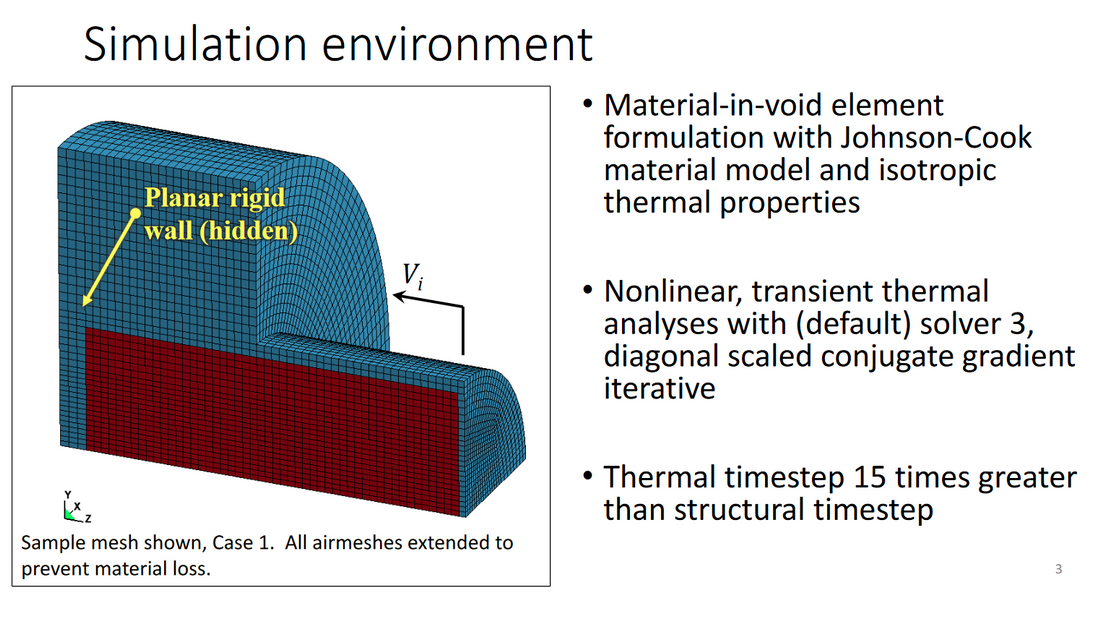 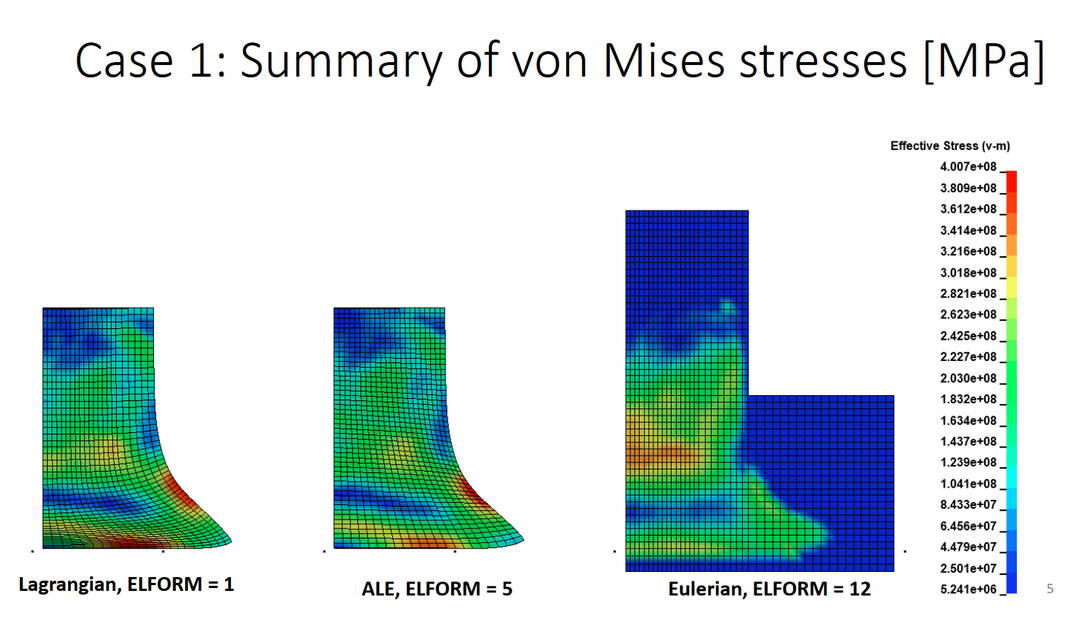 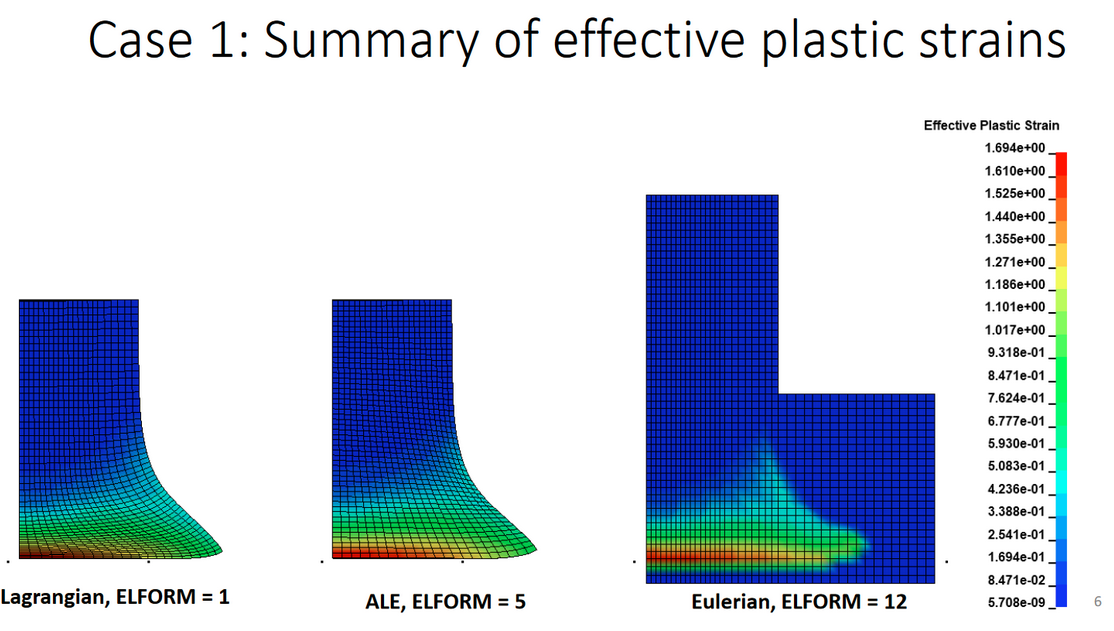 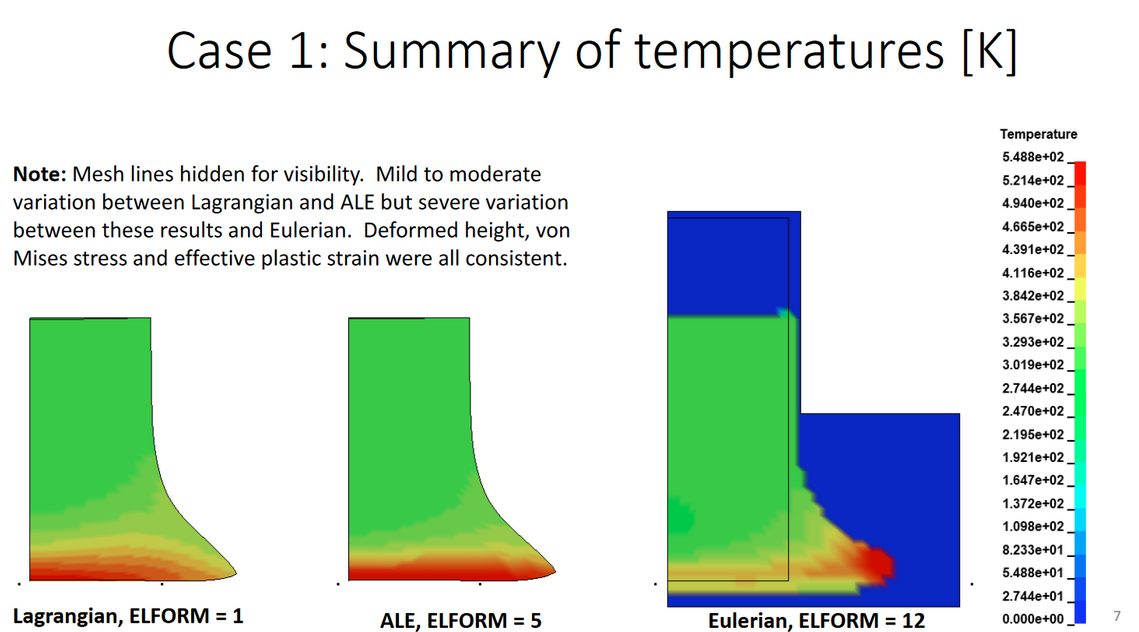 This discussion has been closed.
Hey! You will be signed out in 60 seconds due to inactivity. Click here to continue using the site.