I have been dealing with this problem for some time now, and, after finally being able to create a solution with almost no errors, the simulator can't seem to create a meaningful temperature gradient: 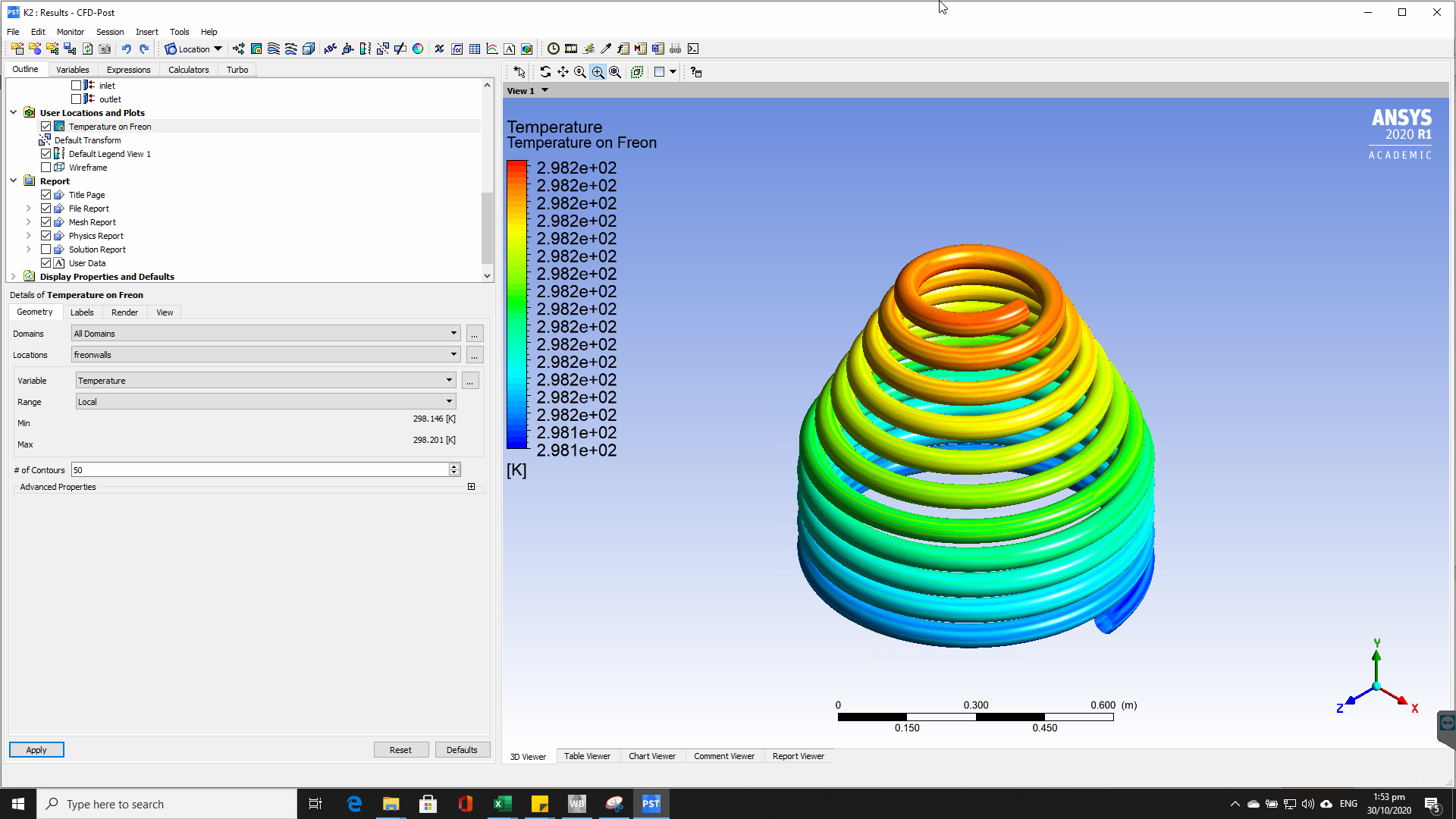 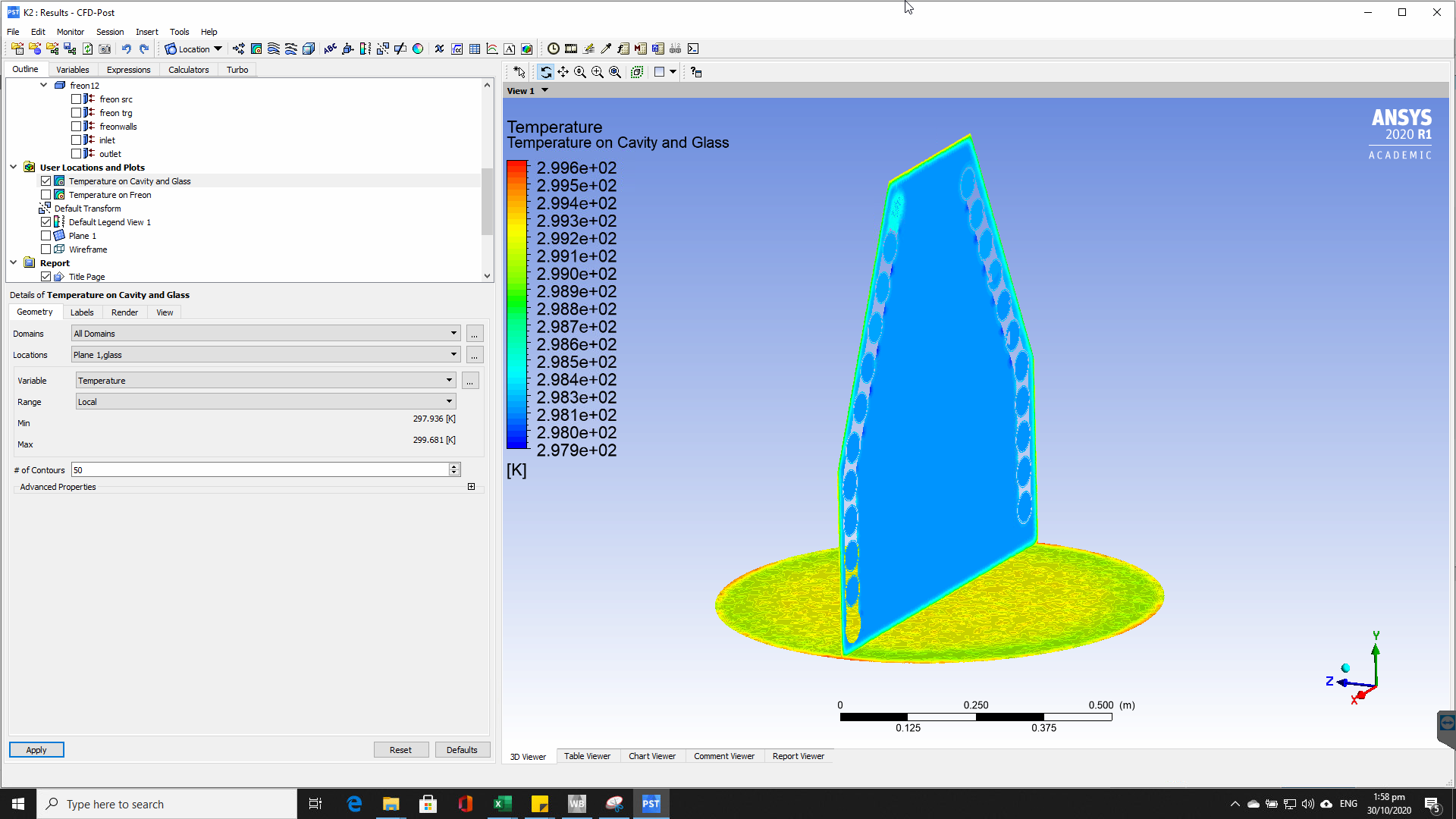 A strange back pressure is found: 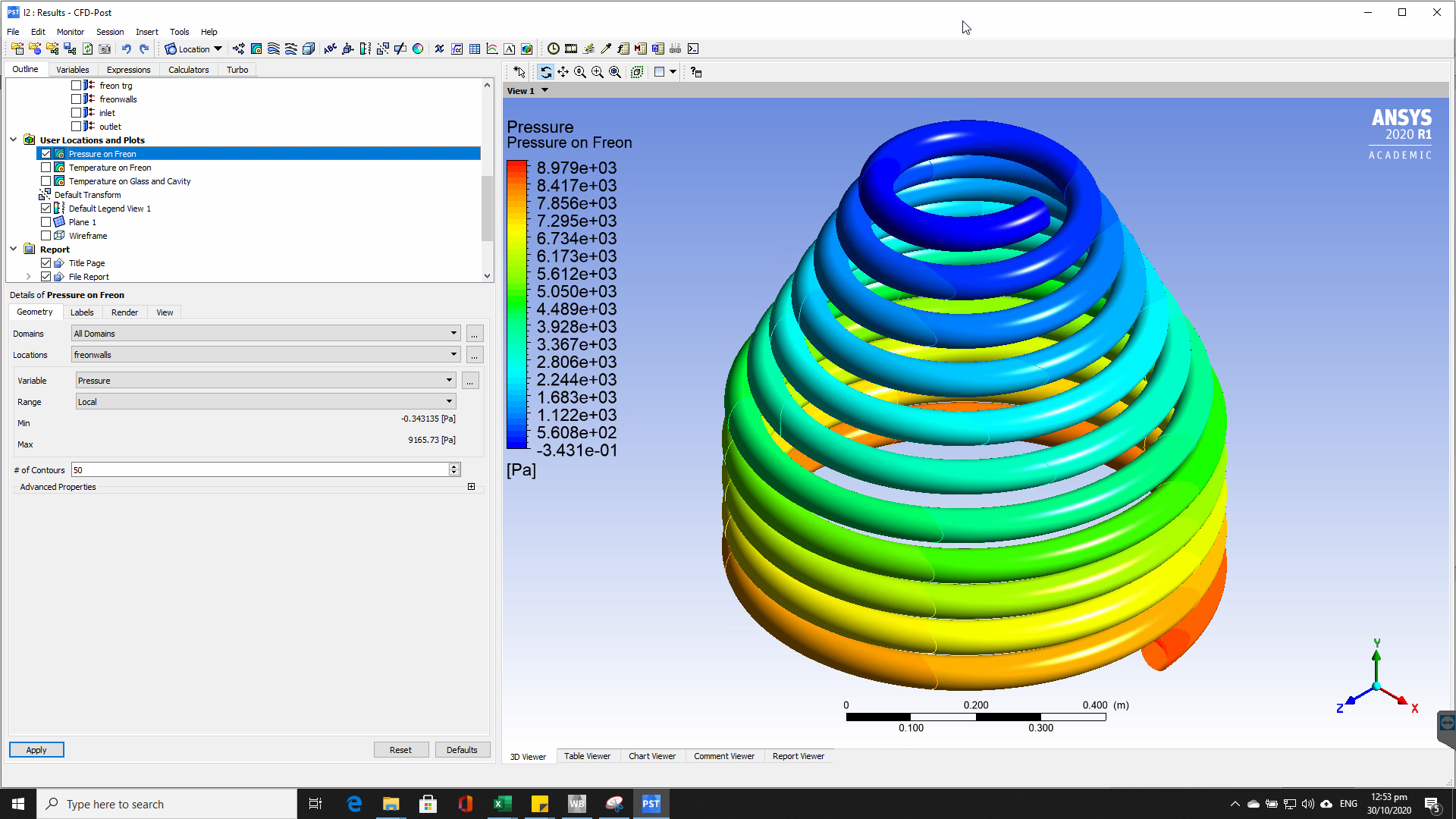 I am simulating a concentrated solar power generator in fluent: 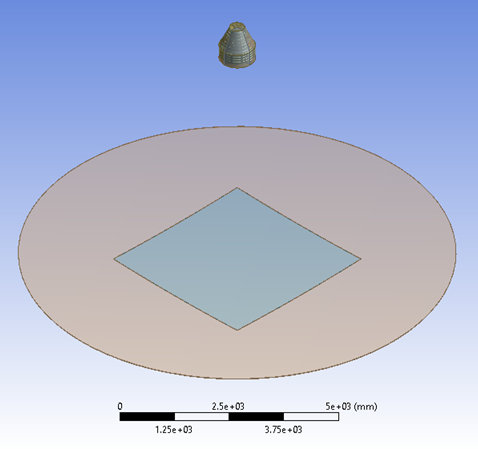 The cavity domain of the receiver, seen above the dish, is set to duratherm600. The walls of the domain were set to aluminum, while a wall that faces the dish was set to calcium carbonate. The tubes and it's walls, seen bellow, were set to copper, while the dish and its walls were set to aluminum. I am still unsure which absorption and scattering coefficients to use. The original literature this simulation was based on said the cavity would have an absorption coefficient of 0.9, so I put that in the duratherm600. I still can't find any source for the scattering and absorption coefficients of the other materials. I have experimented with these coefficients with little effect.

Dummy properties for duratherm600 were used: 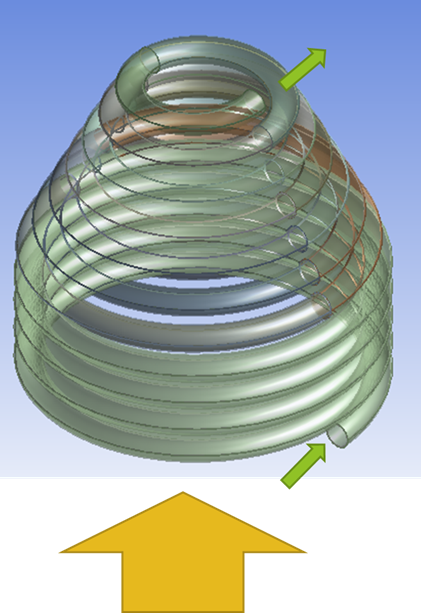 The aluminum walls of the cavity were set to convection, heat transfer coef. of 23 W/m^2-K, and 1.7 mm wall thickness.

I used the coupled scheme at the pressure-velocity coupling, least squares cell based gradient, and second order whatever in the other settings, with pseudo transient enabled.