Why do the stresses increase near the supports? 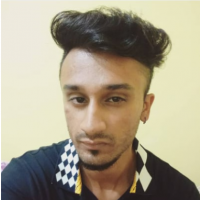 In the ANSYS, if we plot stresses near a support, specifically fixed support, we see that the stresses are pretty high there, relative to the rest of the structure. Why is that? What is the practical reason behind that? Is that some kind of a numerical glitch, or we would expect that to happen in the reality as well? [ofcourse the support will not be infintely rigid in reality, but still would be see a similar stress concentrations near the fixed supoorts]?

If anyone can explain in a little dept, by the use of equations or laws, that will be very much helpful. Thank you.