Difficulties in Simulation of a motor.

I was facing a problem while simulating a Switched Reluctance Motor (SRM).

The figure below shows a converter configuration with one transistor and one diode per phase but regenerating the stored magnetic energy to the source. This is achieved by having a bifilar winding with the polarity as shown in the figure. When the phase-A current is turned off by removing the base drive signal to T1, the induced emf in the winding is of such polarity that D1 is forward biased. This leads to the circulation of current through D1, the bifilar secondary winding, and the source, thus transferring energy from the machine winding to the source. 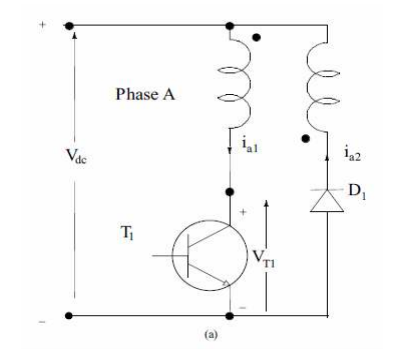 So I have simulated this configuration in ANSYS using Maxwell 2D design. The figure below shows that: 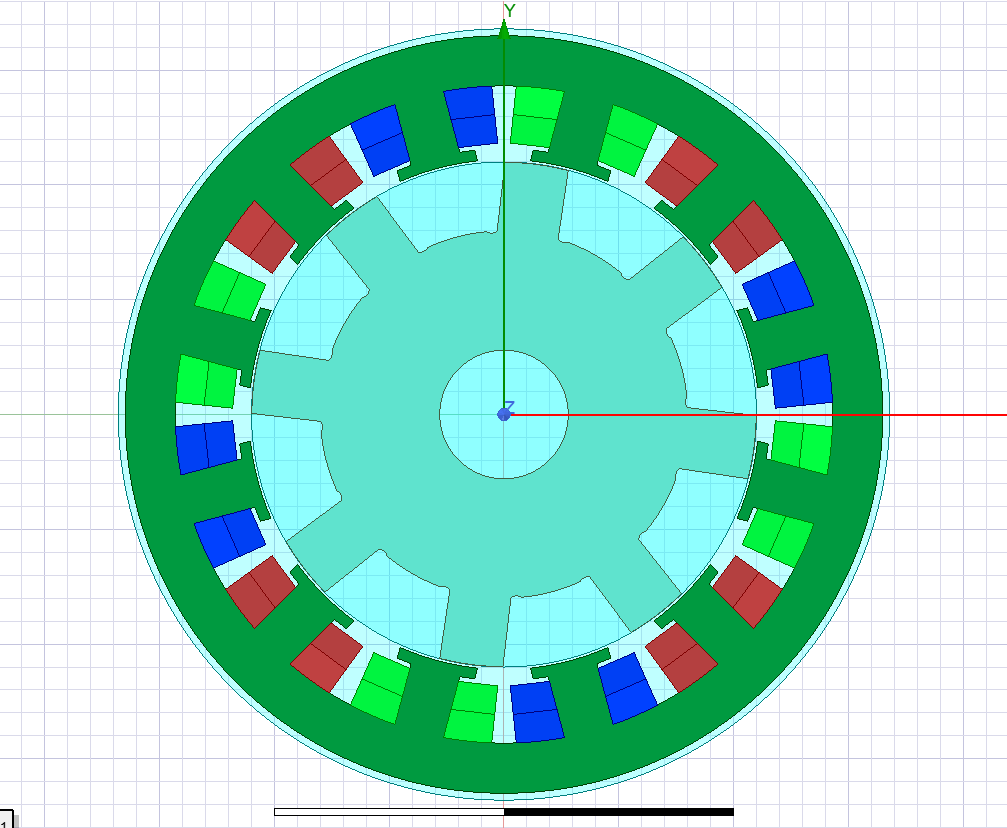 The figure below is the converter drawn in ANSYS Twin builder:

Then after simulating when I was checking the results I saw that when the switch was turning off from on, there is a huge spike (1 kV) across the switch.

There should not be this high of a spike. Below is the figure of the switch curve for an ideal condition. The spike should be (1+a) Vdc. In our case Vdc = 100V, a which is the turn ratio of primary to secondary winding is 27/21 = 1.3 V. So the voltage across switch should be: 230V. 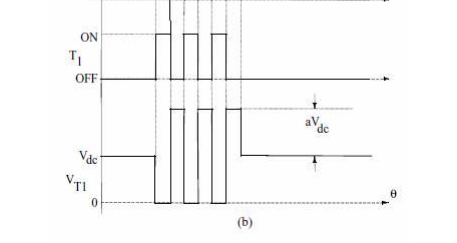 Please let me know what is causing this problem and how to solve it.