What is the most effective way to replicate the same structural components to create a building?

I am currently preparing a model of a 40 storey modular building for collapse analysis. The building is formed by the stacking of modular units, which are similar in structural layout to a shipping container, but with the addition of a concrete floor.

I have created some low level modules but find that the linear patterns available are not effective, and some errors are creeping in. For instance in the picture below i first modelled 2 module and analysed them sucessfully, but when i mirrored them some components were missed and the analysis would not solve. 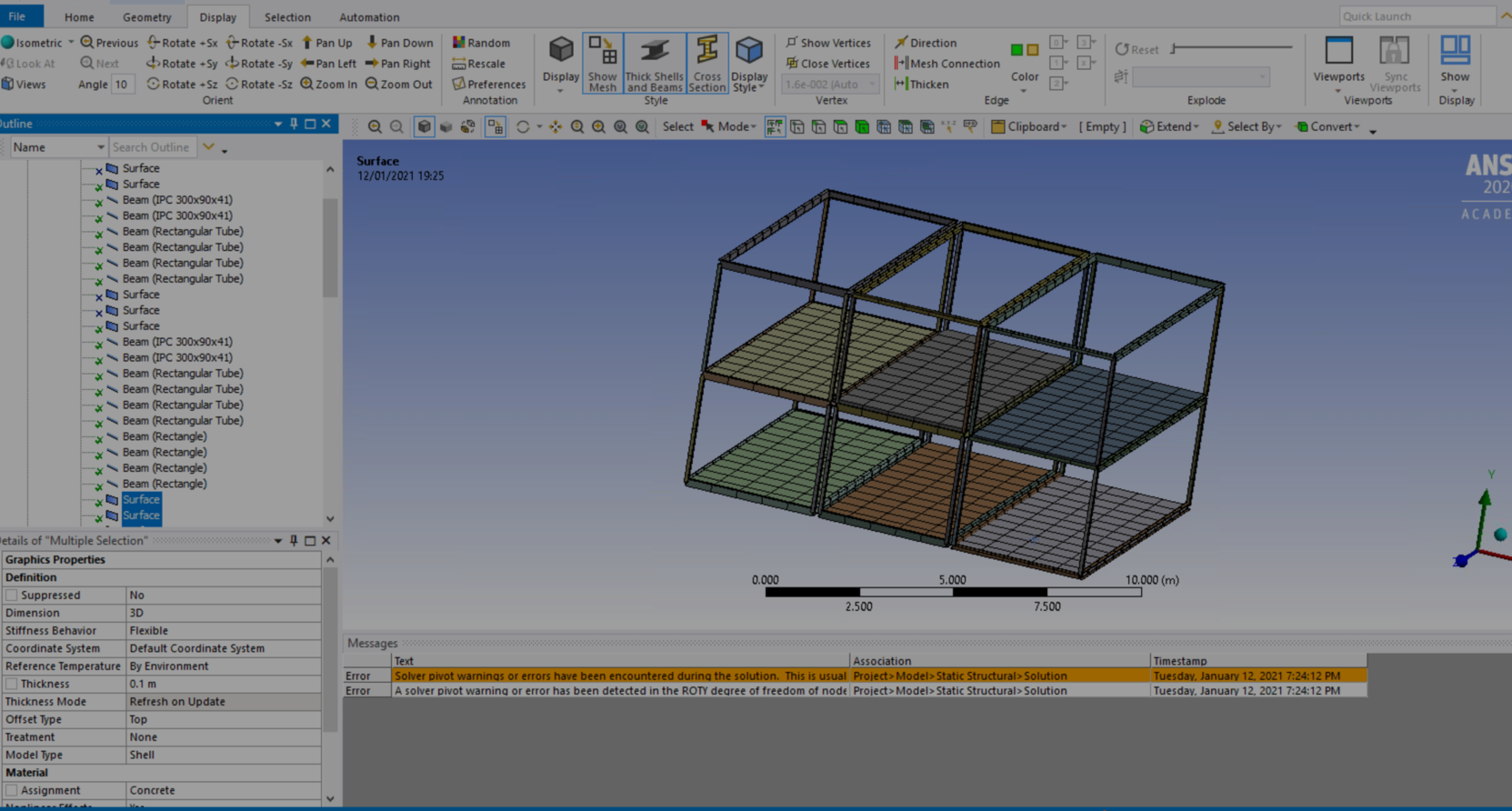 After this i used the Linear patter command in spaceclaim to create a larger building as shown below. However when i did this it copied the structural steels forming the module but not the surface representing the concrete. 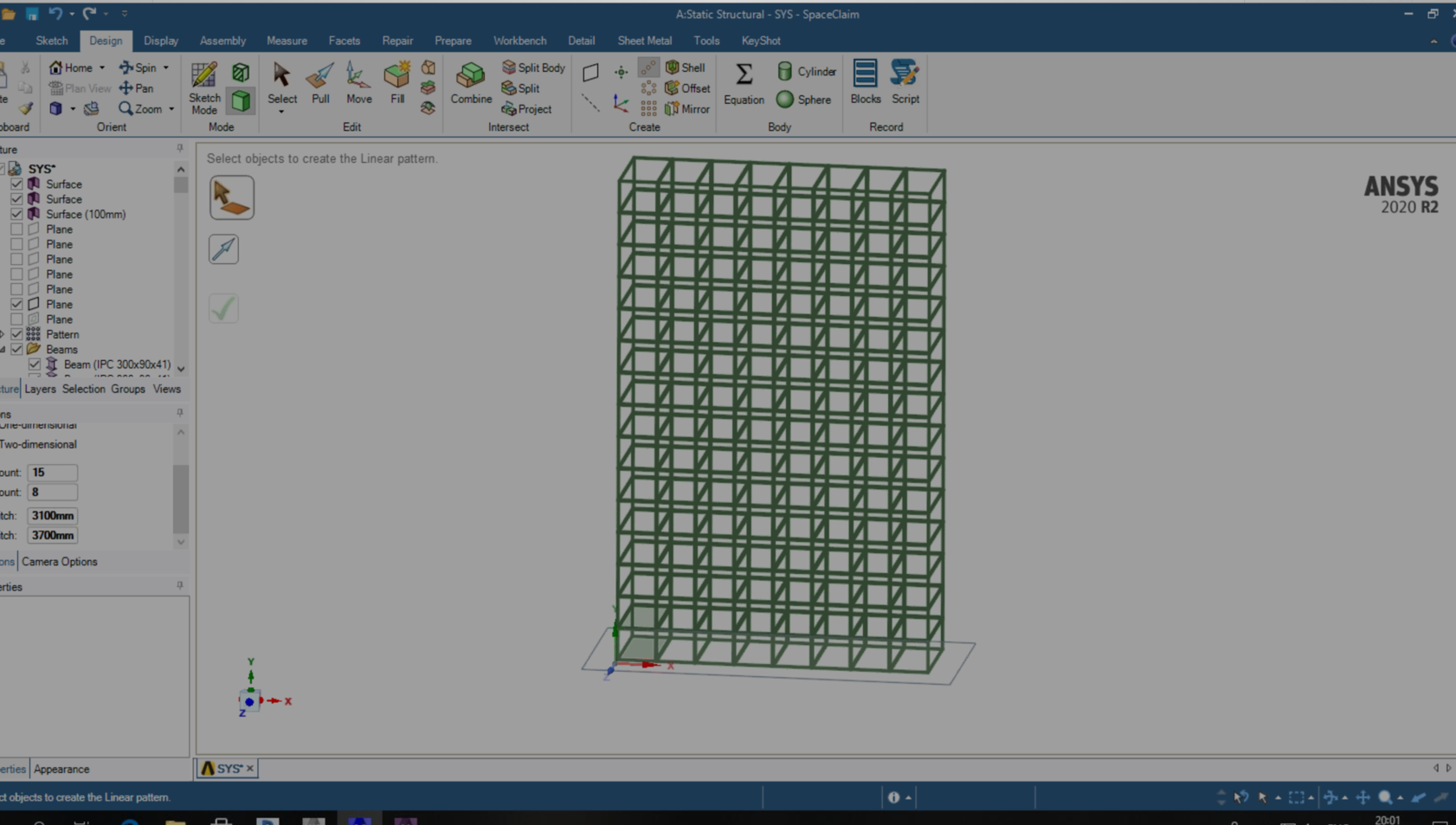 Can the structural components for the first module, including the beams, columns and surface be locked together to create a body, which can then be replicated to create the full structure?