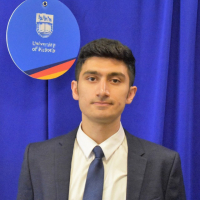 The diffusion doping object in CHARGE allows users to create a realistic doping profile using analytic equations to model the diffused nature of dopants in a doped semiconductor. 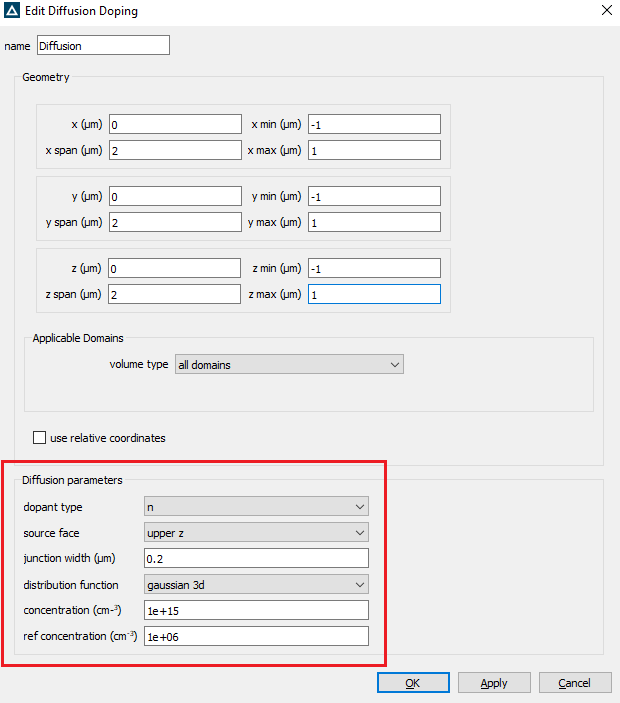 The diffusion parameters define the doping profile in the following way:

Inside the diffusion doping object, the doping concentration goes from the (peak) concentration to the ref concentration over a distance equal to the junction width. This is illustrated in the following figure: 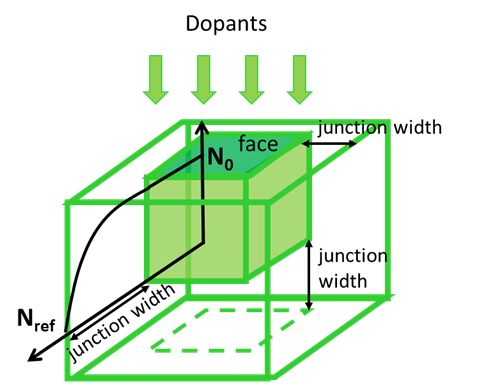