NOTICE: We will be performing backend maintenance of our Learning Forum from April 5 to April 12, 2021. The result will be a new infrastructure but with little impact to user experience and design. Currently the forum is accessible in read-only mode as we complete our final migration. Thank you for your patience. For urgent issues please visit HERE.

Index Perturbation material not getting applied to object

I'm simulating the effects of doping on the spectrum of a Si object. In my simulation, I have a TFSF source incident on a 500 nm square Si rod. I measure the scattered power with a box of power monitors.

I created a material Index Perturbation material called "Si (Silicon) - Doping", which uses the Soref Bennett model of np density perturbation. The base material is set to "Si (Silicon) - Palik". I wasn't seeing any changes in the spectrum for any values of "test value p", so I decided to include the temperature effects as well at a very high temperature (T=1000 K). The material explorer clearly shows that the perturbation is getting applied to the material itself (even though it is physically unrealistic). The index raises to about 25. 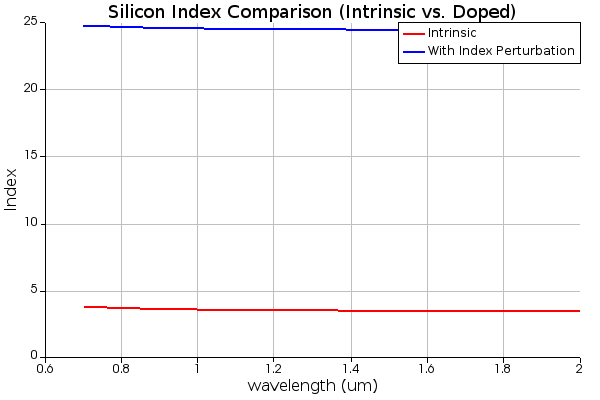 I then created a sweep "int_vs_dop", which just changes the object's material from "Si (Silicon) - Palik" to "Si (Silicon) - Doping". However, when I run the sweep, the spectrum does not change whatsoever between the two. 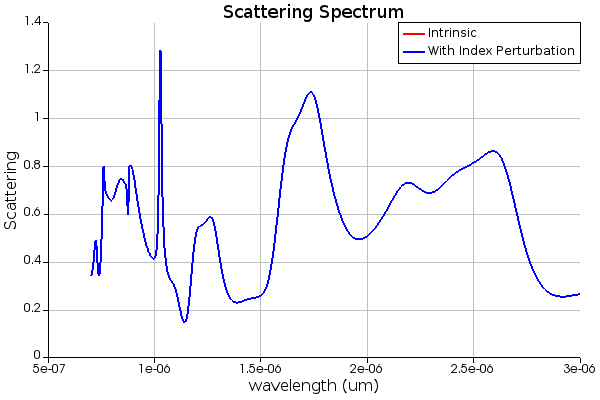 To confirm this, here is the difference in the spectra. 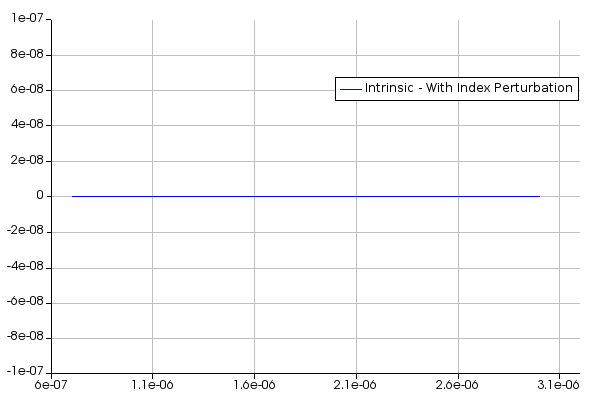 It seems the material is not getting applied to the object. Is this a known issue?

I would like to upload the fsp files and lsf files, but I get a warning that they don't have an allowed extension.