Topics related to Lumerical and more

This example shows how to create a customized TFSF source with focused beam for analysis of nano particle scattering and compare the result with regular TFSF source. The TFSF source uses plane wave, and has a built-in reference, which makes the simulation very effective. In some cases, users may want to test some other forms of beam sources in order to explore possibly new properties. This example uses the fundamental idea of TFSF, that is, the differential method for illustration.

Customizing a TFSF source is an advanced feature. In the vast majority of simulations, the plane wave TFSF is sufficient to analyze the scattering of a nano scatter. This is true even when in experiment a Gaussian beam or a NA focus beam is used where the illumination on the particle is almost uniform. Only in the cases where a very large numerical aperture (NA) beam is used, or a beam with specialized polarization form is used, may the custom TFSF be used.

This approach can be used for FDTD and VarFDTD. 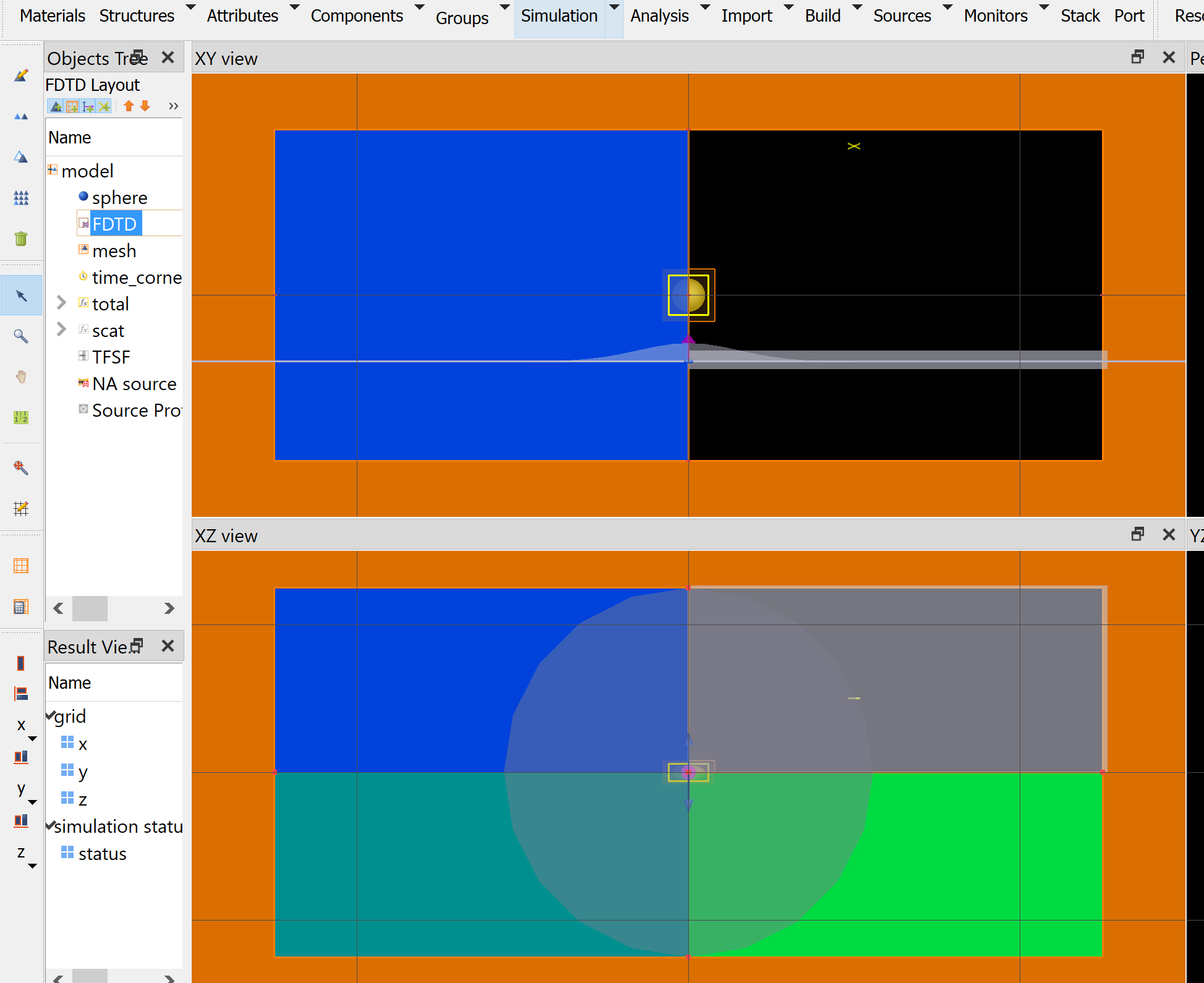 here is the script: first run the reference 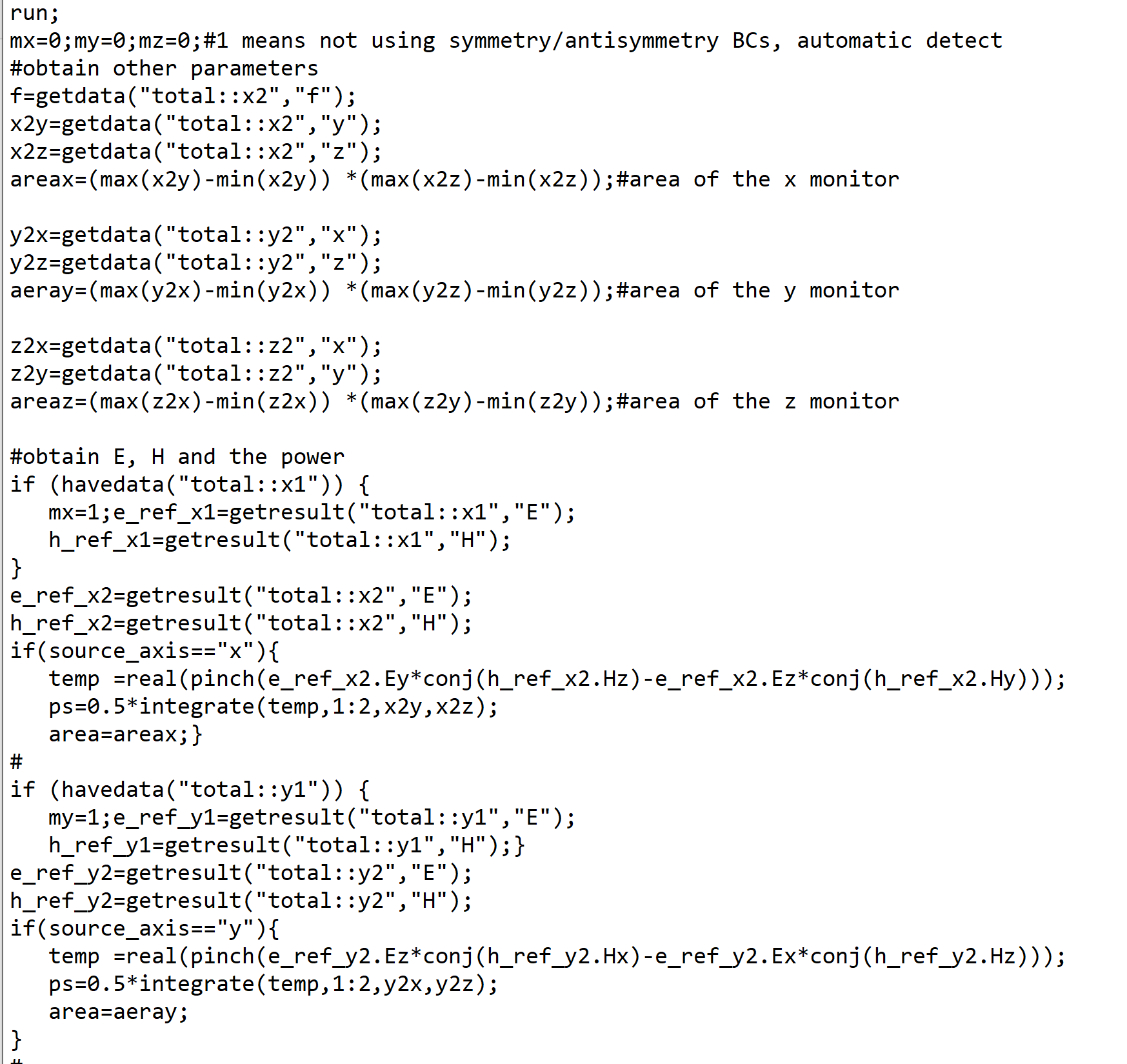 Due to regulation, it is illustrated only part of script.

then with the scatter in place, run it again 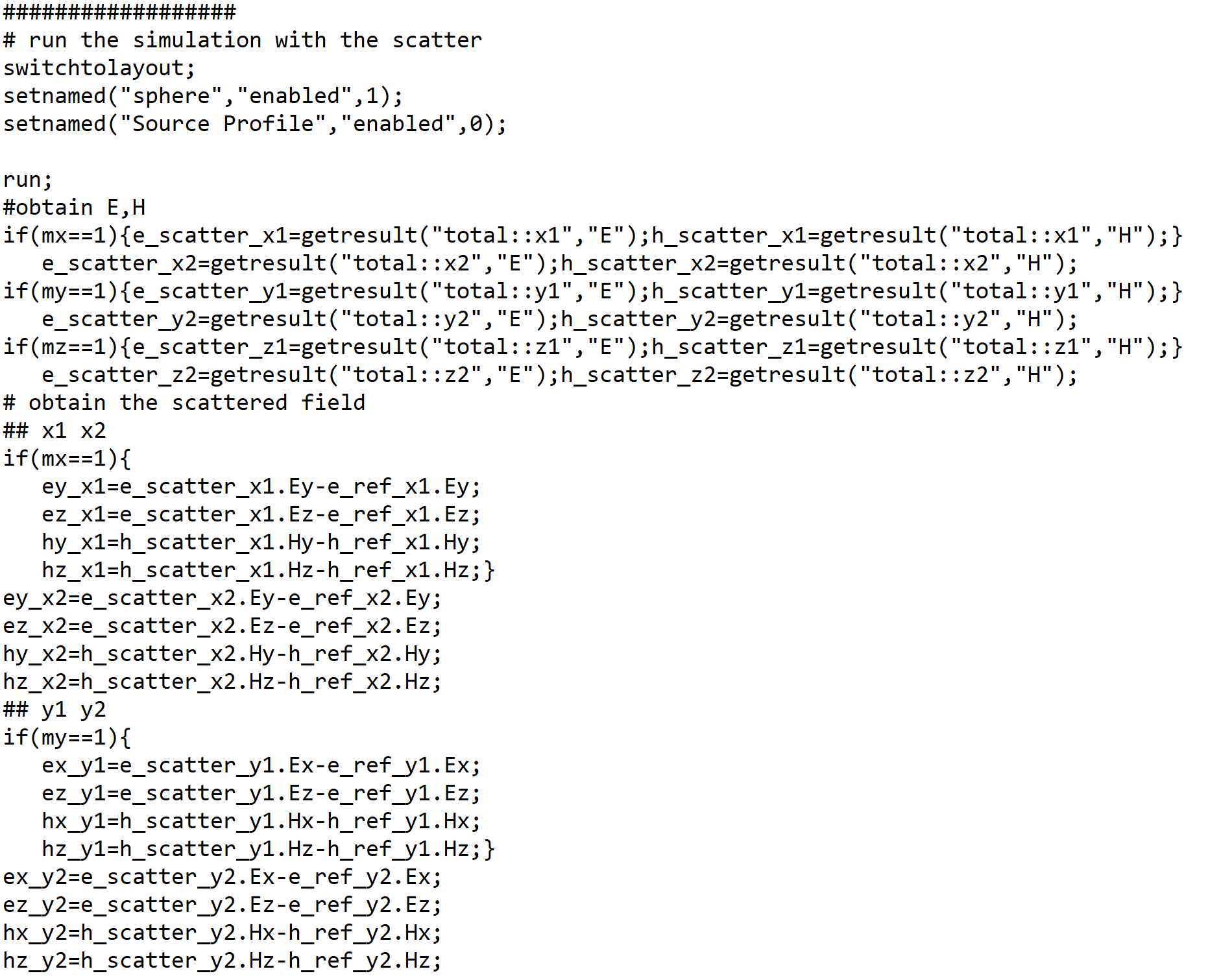 The basic idea of the differential method is to first run a simulation without the scatter and record the fields as the reference, then run another simulation with the scatter. The difference of the fields in the two simulations is the scattering field, and at the same time, any diffraction errors caused by the possible PML cut of the complete beam profile is minimized, if not canceled completely.