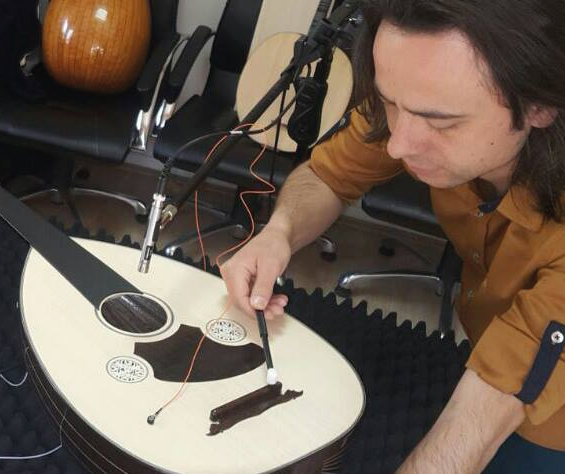 I am trying to analyze vibration characteristics of musical instruments which have a very thin wood plate.  I can get similar results with using solid element but generally, researchers who work on musical instruments are using shell element and they say that you can get a reliable result with this method because a thickness of the plate is very small (2-3 mm) than its dimensions (360-460 mm). now, I am carrying out an experiment by using two rectangular plates (493x182x3 mm) on Ansys mechanical. First one is the only surface mashed with shell element (thickness is 3 mm), the second one is solid have same dimensions. As you can see attached images, if I choose structural steel for material, vibrations of two plates are similar. But I choose an orthotropic material such as wood, results do not match. additionally, results obtained from the solid element is closer to experimental data.