I am modeling a pressure vessel with shell181 elements. The boss is made of solid186 elements. On the shell elements I generate the target170 elements and on the metallic boss conta174 elements are generated.

To simplify the model I removed the internal pressure. So there should be no tension inside the structure at all. 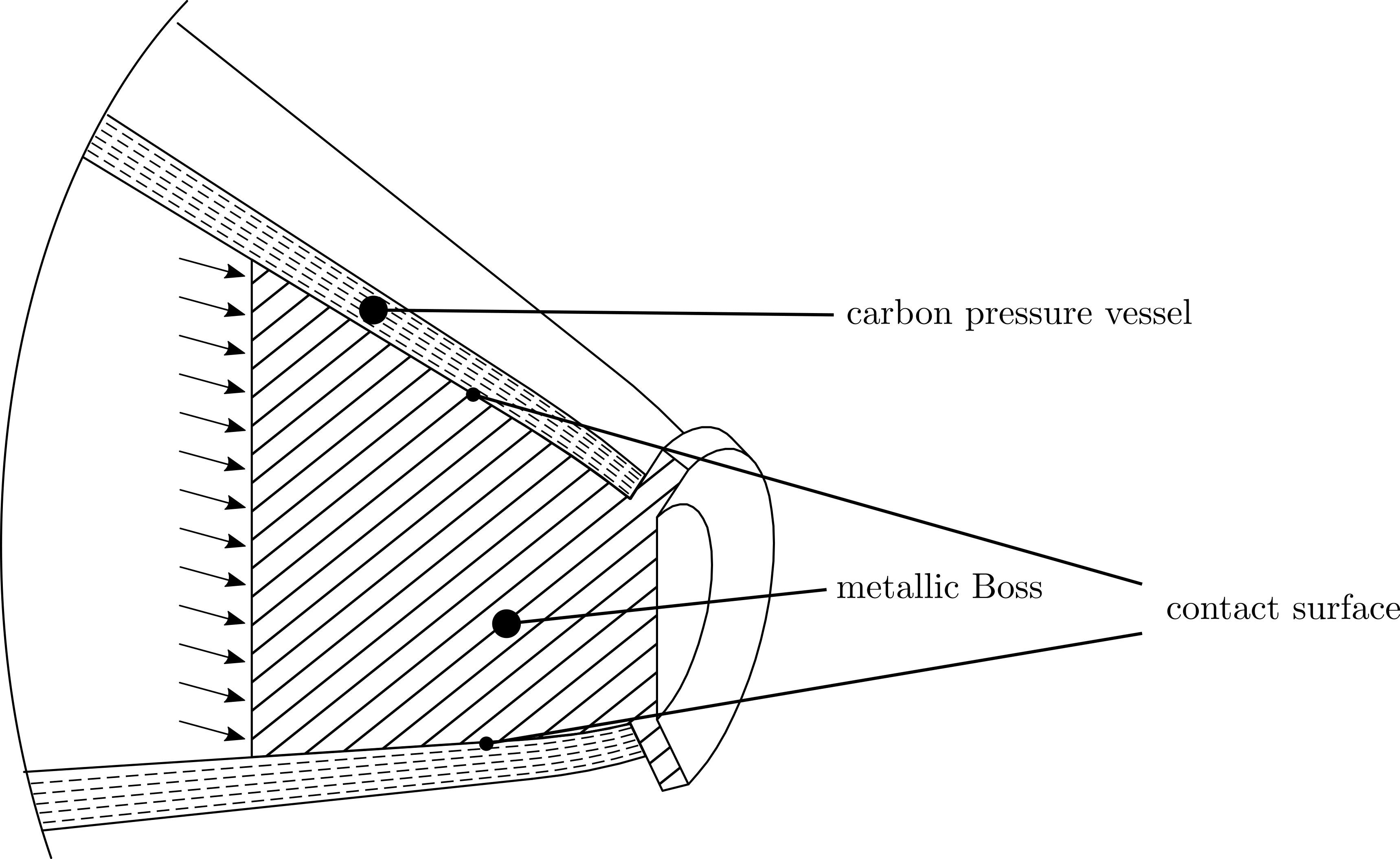 The shell is fixed in all directions throug the following commands:

The boss is fixed in all directions also:

The keypoints of the pressure vessel are given. When I create new keypoints on the exact same coordinates to model the boss, the contact and target surfaces are coinciding. This leads to extreme high tension inside the structures, even though there is no load at all. 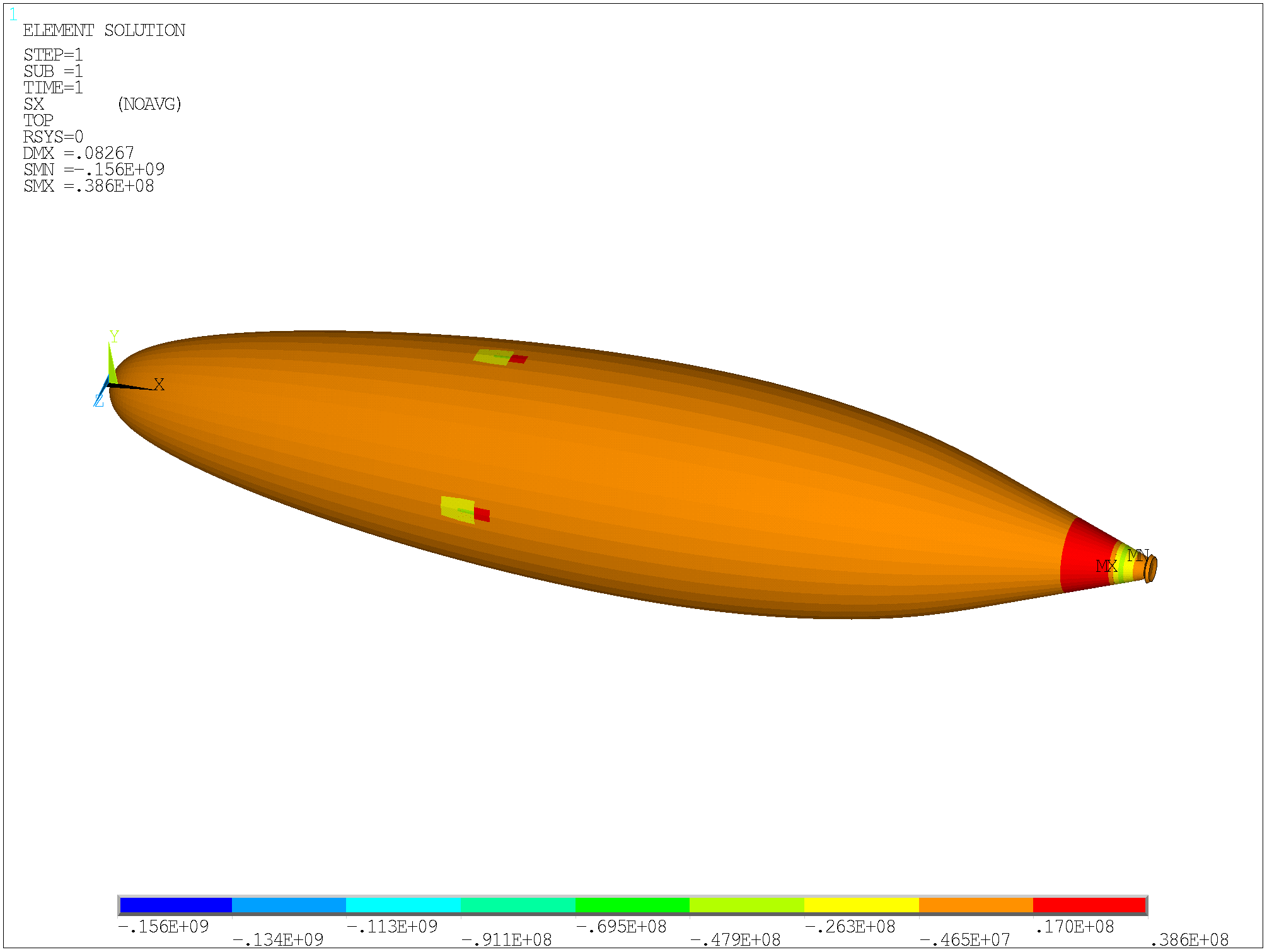 To get rid of the problem I shinked the boss by reducing the y-coordinates of the keypoints by 0,2mm. This leads to the model to have no tension at all, as would be expected.

Now I deleted the restriction of the boss in x direction and applied the internal pressure on the boss in positive x direction (like in the first picture). As a result there is rigid body movement and I don't get a result at all.

Does someone has any ideas why there is high tension when the contact and target surface concide?

Also how could a working constraint look like to prevent the rigd body movement in the case of the shrunk boss?

Any help would be greatly appreciated.