Why deformation decreases by increasing number of impacts?

In modeling a structure under repeated impact loads (10 Pressure pulses at 10 steps)as below, I have a problem reading the results!

The problem is that logically, the structure's permanent deformation (at the center) should increase, But what I get doesn't fulfill this idea

Could anyone help me with this issue please?

Materials are modeled as elastic-plastic (multilinear isotropic hardening), but I remember once one of the members told me to capture the material using Chaboche constants to get the hysteresis loop and read the permanent deformations, But the fact is that I couldn't find this constants for my material! (marine grade Aluminums)

Right now, I read the total deformations at the center of the panel. Could it be the cause of the problem? If so, what should I read instead? 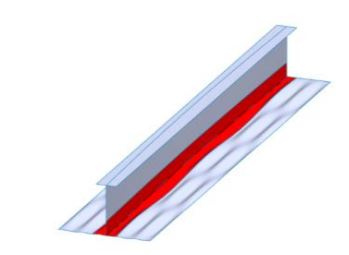 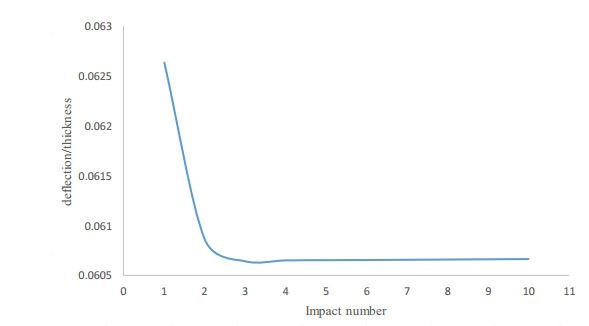