1. I had the sense that the two ICs were mounted on opposite sides of the PCB and occupied about the same area. In this case, the rectangle in the center of the PCB surface represents both ICs and has a density sufficient so that the mass of that center rectangle has the mass of that part of the PCB plus both ICs. There won't be three bodies but just two bodies.

2. You can see that the solver was heading for convergence on that last step, it it had just not quit after 26 iterations. That is where you introduce a Command item into the Transient Structural branch (not the Solution branch). Click the Insert Commands button,

Then type the command: NEQIT,60 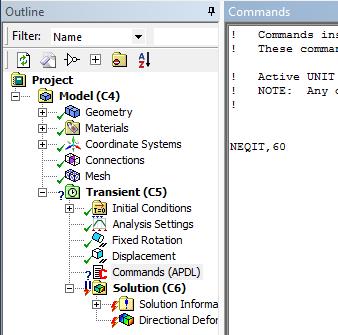 This tells the solver to keep iterating for 60 attempts instead of the default 26.

4. I don't think the PCB needs any plasticity or any nonlinear property.  A linear isotropic elastic material is sufficient for this model.

In your Static Structural model, add an Acceleration of 250 m/s/s in the Z direction. Change the BC on the two edges to Fixed Supports. Solve with 25 minimum substeps with Large Deflection On and Off and you will be able to create this plot.  This is the geometric nonlinearity you wanted to see. 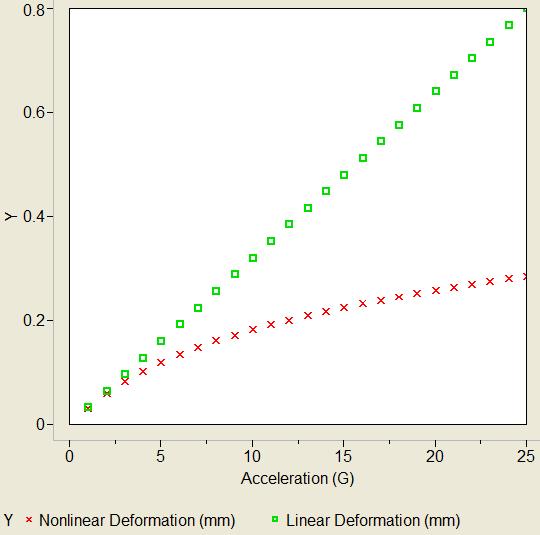 New Post - Reply To: How to do the frequency response of the nonlinear vibration of a flexible PCB?