I'm sorry but it is still not clear for me 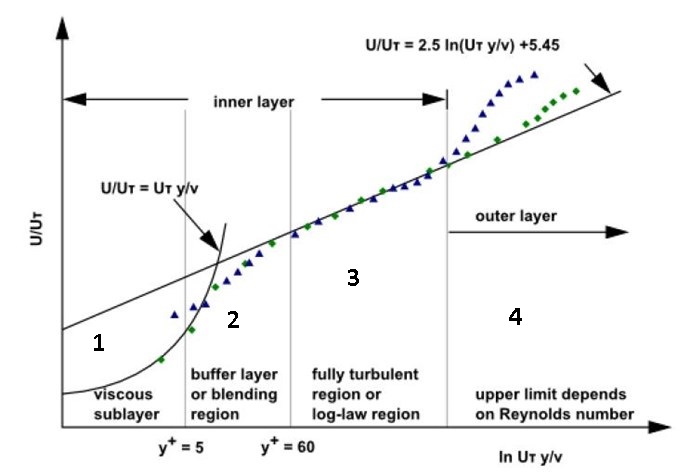 So which layer is mentioned in the documentation

Numerous experiments have shown that the near-wall region can be largely subdivided into three layers. In the innermost layer, called the “viscous sublayer”, the flow is almost laminar, and the (molecular) viscosity plays a dominant role in momentum and heat or mass transfer. In the outer layer, called the fully-turbulent layer, turbulence plays a major role. Finally, there is an interim region between the viscous sublayer and the fully turbulent layer where the effects of molecular viscosity and turbulence are equally important.

Sorry for double asking but thanks a lot

New Post - Reply To: Uncertainties with the Near-Wall Region